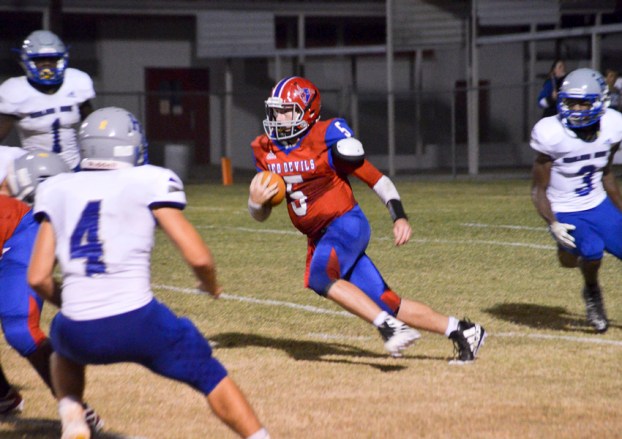 Verbena was overmatched against Highland Home and lost 60-0 in a home contest on Sept. 27.

It was tough sledding for the Red Devils on both sides of the ball, as they struggled to get off their blocks on defense and open up running lanes on offense.

Highland Home scored 40 points in the first quarter and a running clock was enacted beginning in the second quarter.

Verbena fumbled a snap on a punt attempt that Highland Home recovered, which led to one of their many first quarter scores.

Things to build on for Verbena moving forward included Ethan Dopson flying around the side of the line to block an extra point and Jared Quinn made some nice open filed moves during a 45-yard kickoff return.

With the loss, Verbena dropped to a record of 1-4 on the season. The Red Devils host Autaugaville for homecoming on Oct. 4.