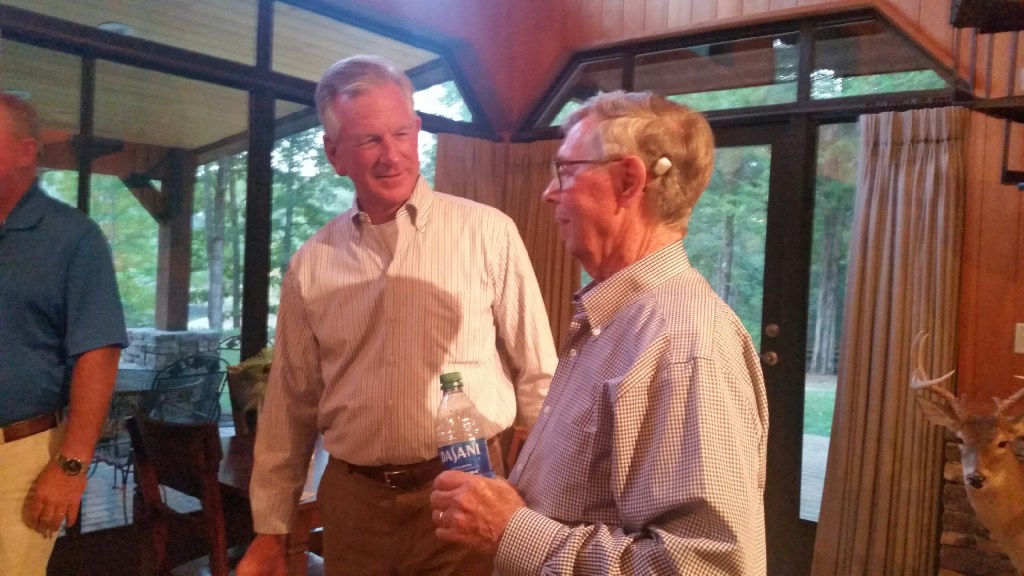 “The main reason I’m running is because I can,” Tuberville said. “I don’t have a job. I tell people that 10 or 15 years ago when I retired that I knew I was going to do some kind of public service. My dad was in the military at the age of 16. He drove a tank across Europe and was awarded five Bronze Stars and a Purple Heart. I grew up in a military family. He passed away on active duty during a training mission at the age of 53. I never was in the military, and I barely missed Vietnam. I got into coaching and coached for 40 years. I want to give back to our country, because our country has given a lot to me and my family.”

Tuberville said he initially considered running for governor, but the election of Kay Ivey made him alter his plans.

“When Kay Ivey got voted in I said I’m not going to do that,” he said. “I started looking at the senate seat. I talked to people about it for four or five months and visited with people about it. My wife and I prayed about it, and now we’re off and running, and we have been for five months. I’ve been on a listening tour talking with people all five months. I have been to every corner of the state many times, and it’s been a lot of fun.

“This is an important position. This is not an ego trip for me. I have been on TV, on the radio and in the newspaper all I want to be. I just want to give back. I have plenty of leadership skills. I have seen the good and bad in our country with things like education and business. I’ve been to homes all across the country, and people need help.”

Tuberville said that immigration is the “biggest problem” facing our country right now.

“There are so many things that branch off from it,” he said. “We are having to take care of a million new people since October of last year. We don’t have the money to take care of the people in this country already. We need immigrants, but we need to know who is here.

“We need a wall, because we need to know when people come in what they are coming for. We need to stop drugs. Personally, I have seen it. We are being overrun by drugs. We need people to come, but we need them to come the right way, become citizens and abide by our constitution and laws. Right now it’s mayhem. I have been to the border at least 12 times, and it is really way out of control.”

Tuberville also said that he “wants to help.”

“I know a lot about what is going on,” he said. “I am not going to take a salary. I will donate the money I make probably to the veterans in the state. I can help. I can be a big help, but we really need to understand that what has helped us over the past few years is Donald Trump. He is a patriot, and he doesn’t need the money. He is doing what he thinks is right for the country, and I want to go help.”