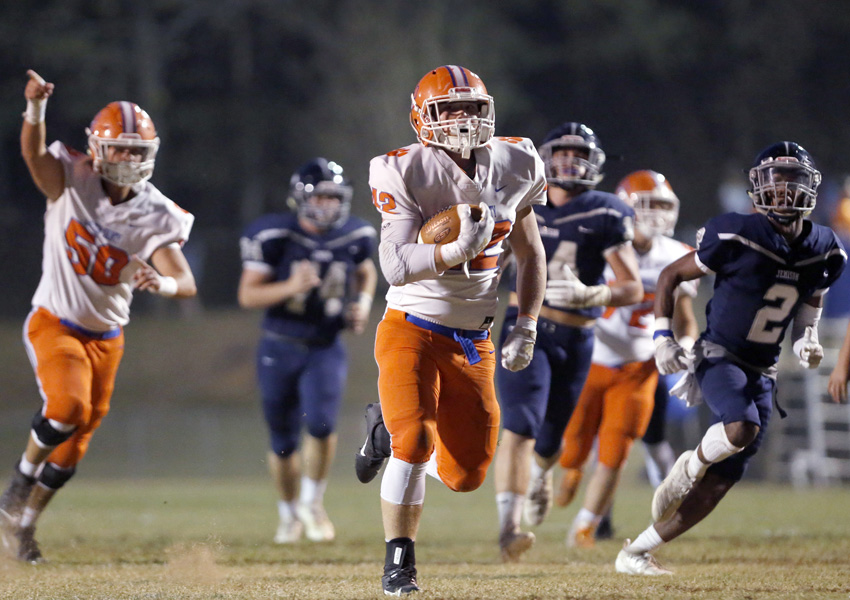 For 70 years (1950 being the first year the two teams met), the Chilton County Tigers and Jemison Panthers have met on the gridiron in an annual rivalry game that pits neighbor against neighbor, friend against friend and even divides families for one Friday night a year.

Pink spray paint, missing mascots and minor cases of vandalism have fueled prank wars between the two schools and only aided in making the annual contest a marquee game year in and year out.

With the Tigers coming into this year’s contest sporting a 48-21 record all time against the Panthers, a 25-13 victory over Jemison on Sept. 20 in this years battle will see Chilton County improve that record to 49 wins with 21 losses.

The Panthers won the opening coin toss and deferred to the second half. The Tigers would start the game with their first possession at their own 20-yard line.

A pair of big first downs by Brody Smitherman and Shi Keem Laister would move the Tigers out across midfield, where five plays later a 29-yard run by Shannon Rhodes would put the first points of the night on the board and would give CCHS an early 6-0 lead.

The ensuing Jemison possession would prove that the Panthers were more than ready for this edition of the Highway 31 showdown, as a 75-yard scoring drive that would be capped off on a 2-yard touchdown run by Daniel Martin.With Yahir Martinez adding the PAT, the Panthers would take a 7-6 lead midway through the first quarter.

Multiple scoreless possessions would be the result by both teams through the remainder of the first half as well as the first part of the second. 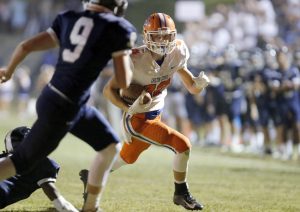 However, with 2:17 to play in the first half, Smitherman would strike again, this time from 65-yards out and give Chilton County a 12-7 lead as the teams would go the locker room for the halftime break.

Jemison would go to work to start the second half at its own 10-yard line where a pair of big runs by Martin and Noah Gilliland would move Jemison out near midfield where five plays later and Martin would cap a 90-yard scoring drive for the Panthers to make it a 13-12 Jemison lead.

The one point Jemison lead would hold through the remainder of the third quarter while the Tigers would start their next scoring drive at their own 29-yard line with 8:54 remaining.

Smitherman and Devonte Robinson would go to work for the Tigers on the ground and would move Chilton out near midfield, where a pass from Laister to Justin Liveoak would set the Tigers up first and 10 at the Jemison 30. Six plays later and Laister would cap the scoring drive with a 8-yard touchdown run that would give Chilton a 18-13 lead with 5:53 to play.

With 5:43 to play and facing a six point deficit, the Panthers would set up first and 10 at their own 7-yard line. A pair of first downs by James Wright and Brian Baker would move Jemison out to their own 32, but a second and 10 pass attempt by Martin would fall in to the hands of Chilton’s Britten Worrall who would return the pick down to the Panther 18-yard line.

One play later and Devonte Robinson would find pay dirt on a 18-yard touchdown run and with Brian Giacobbe adding the PAT, the game would come to its final score of 25-13 with 2:20 to play, and with a late interception by James Patterson, the Tigers would escape Panther Stadium with another victory over rival Jemison.

“I am glad we won and I am happy for the boys and the community, but we are a lot better than what we showed,” said Tigers head coach Tal Morrison. “I want us to start holding each other to a higher standard. I want us to start shooting for goals higher than just making the playoffs, or being happy with being 3-0 in he region, or just getting the win. We are playing to do our job 100% of the time and we didn’t even come close to that tonight and that bothers me. We are a lot better team that what we showed this evening.”

Gilliland led the Panthers with 92 yards while Martin added 55 yards and a pair of touchdowns.