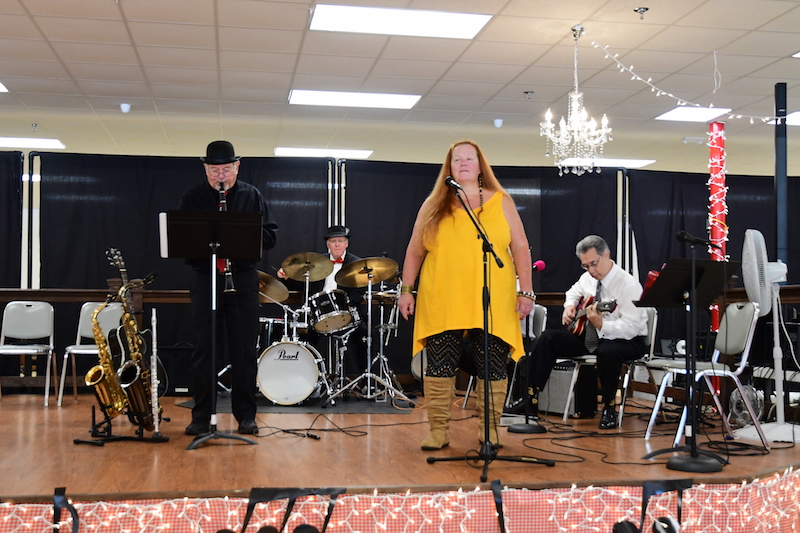 In the Mood Jazz Festival is scheduled for Oct. 5. (FILE)

In the Mood Jazz Festival will return to Senior Connection on Oct. 5, featuring Alabama musicians in the genre.

“We are really excited about the lineup this year,” Mike Schiermann, one of the organizers, said. “We have some great players.”

The headliner again this year will be professional trumpet player Chuck King and the Swing Kings.

“Chuck always assembles a terrific band to bring with him to our event,” Schiermann said. “He has really been a long-time friend of the jazz scene all over Alabama and he is deeply involved in several high school music programs around the Birmingham area.”

The day of music will begin with the Will Wetzel Trio, featuring three students from the University of North Alabama playing saxophone, bass and drums.

“The Will Wetzel Trio was with us two years ago,” Schiermann said. “… They were on early in the day, and everyone was talking about how wonderful they were for the rest of the day. We are very excited to have them back on the bill with us.”

The Prime Suspects, the horns, rhythm section and singer of The Usual Suspects group, will perform next.

Chuck King and the Swing Kings will perform after that.

“They particularly specialize in New Orleans-style, Dixieland style music,” Schiermann said.    “The crowd is always delighted with that.”

The Usual Suspects and The Innocent Bystanders will also perform later in the day.

The Usual Suspects play song from the ’40s and swing music from the ’50s.

Schiermann said he was “extremely proud” of The Innocent Bystanders.

“This is a group of vocalists of all ages,” Schiermann said. “The youngest member of this vocal group is 9 years old.”

The oldest members are in their 60s.

The group has two fun songs planned for the event.

Each group will have a 45 minute to one and a half hour set.

The Clanton Evening Lions Club will be on site selling low country shrimp boil for $15.

“It’s worth every bit of it, too,” Schiermann said. “It’s wonderful.”

Schiermann said he would like to thank Vanessa McKinney, Clanton Financial Services, Durbin Farms Market and the Clanton Evening Lions Club for their support.

“They have been instrumental in making this possible,” Schiermann said.

A visual art show will also be on display during the event.