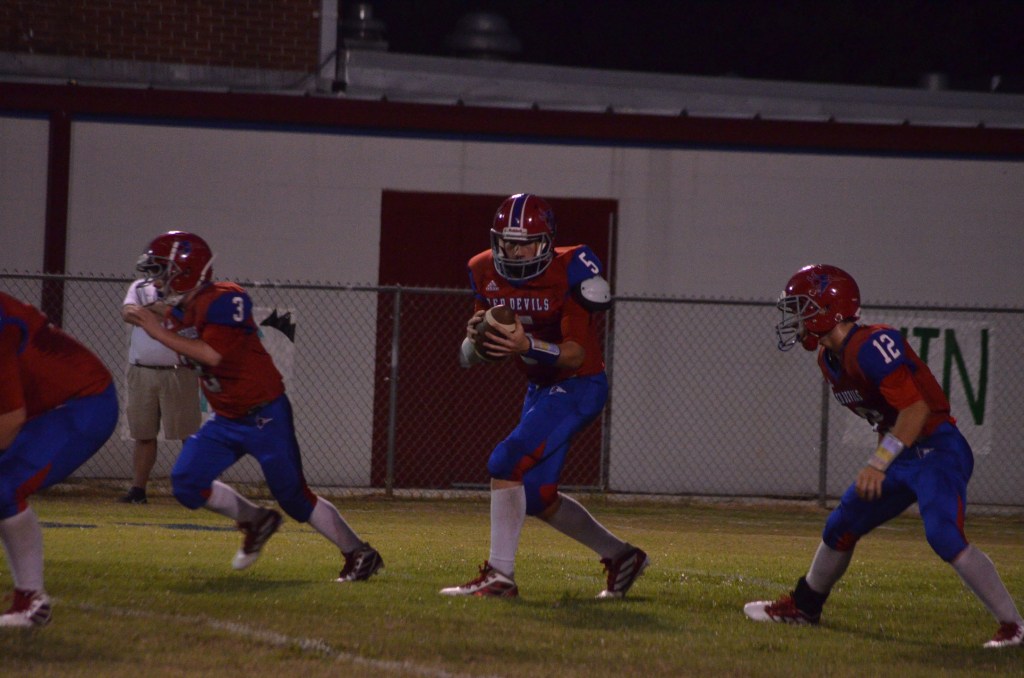 The Red Devils managed to hold Wadley scoreless in the second half, but VHS was unable to put points on the board despite multiple trips into the red zone.

The Bulldogs took a 7-0 lead on an 8-yard run three minutes into the contest.

The Bulldogs would again find the end zone on a 29-yard run with 9:48 remaining in the second period.

A missed point after set the score at 34-0, which would end up being the final score of the contest.

The Red Devils mounted a drive and made it deep into the red zone in the third quarter, but Wadley forced a turnover on downs to keep Verbena from scoring.

The Bulldogs ended another Verbena drive with an interception just outside the end zone midway through the fourth quarter to kill another scoring opportunity for the Red Devils.

VHS forced two turnovers on downs in the second half as part of the defensive effort that held the Bulldogs scoreless across the third and fourth quarters.

With the loss, Verbena falls to 1-3 overall and 0-2 in region play.

The Red Devils will face a talented non-region opponent in Class 2A Highland Home next week on Sept. 27 as the fourth game in a five-game homestand that culminates with a homecoming matchup against Autaugaville Oct. 4.

Highland Home went 12-2 in 2018 and made it to the semifinal round in the state playoffs.