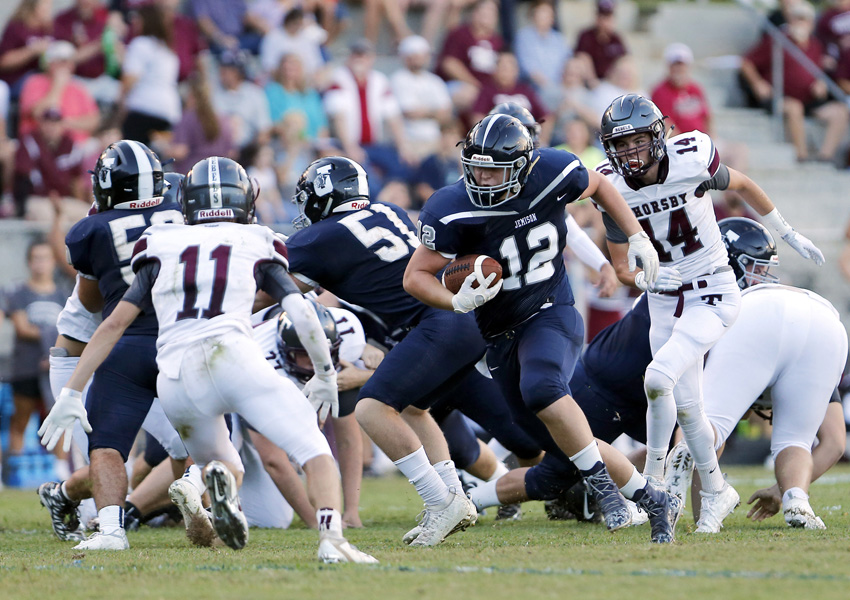 Jemison’s Noah Gilliland (No. 12) runs against Thorsby on Aug. 22. The Panthers face another rival in CCHS on Sept. 20. (Photo by Brandon Sumrall/Special)

This Friday marks the 70th anniversary of rivals Jemison and Chilton County squaring off on a high school football field.

Seventy years is a long time and over the years the matchup has become arguably the most marquee rivalry in the county.

Both teams head into the game with the same record, but have gone about getting there in different ways.

The CCHS Tigers started the season with a pair of losses but have followed it up with consecutive region victories, while the Jemison Panthers began the year hot out of the gate with two quick wins but have since lost their last two and are still looking to get in the win column in region play.

“We still have a long way to go to play to our fullest potential,” CCHS head coach Tal Morrison said. “We’re making strides in a positive direction.”

According to Morrison, blocking out the pressure and outside distractions is a hard thing to do, especially with cell phones and each player’s connection to social media.

“We just reiterate to them that if we can win this game, it puts us in great position,” Morrison said.

Focusing on the team and not oneself has been one of Morrison’s primary selling points to his team. 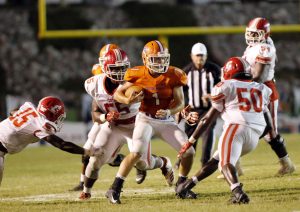 Dalton Patterson (No. 1) of CCHS works to evade Central-Tuscaloosa defenders on Sept. 13. The Tigers have won two games in a row. (Photo by Brandon Sumrall/Special)

The Tigers could not bounce back from a slow start in the season opener against Stanhope Elmore and lost a shootout to Sylacauga in Game 2.

“We were offensively sound and had a chance at the end of the game to run out the clock but were unable to do it,” Morrison said.

However, in the past two games CCHS has shown an ability to close out games when the win is within reach.

Against Shelby County the Tigers offense started fast and piled up the points, while the defense was the hero against Central-Tuscaloosa with some big stands late.

“Instead of finding a way to lose, we found a way to win,” Morrison said. “We continue to fight.”

Jemison is looking to re-establish its winning ways following back-to-back region losses to Central-Tuscaloosa and Montevallo.

According to Jemison head coach Blake Bradley, he considers the losses to be the result of growing pains and not necessarily a step backwards.

“We were beaten up pretty good after Central-Tuscaloosa and Montevallo was very explosive,” Bradley said.

Due to the game being a rivalry the atmosphere is sure to be amped up, with fans from both sides expected to filter through the gates at Panther Stadium.

To combat against the crowd noise expected during the contest, Bradley is planning on putting on music and even crowd chants over the stadium speakers during practice.

“We’ll do the best we can to simulate chaos in practice,” Bradley said. “Adversity is going to happen.”