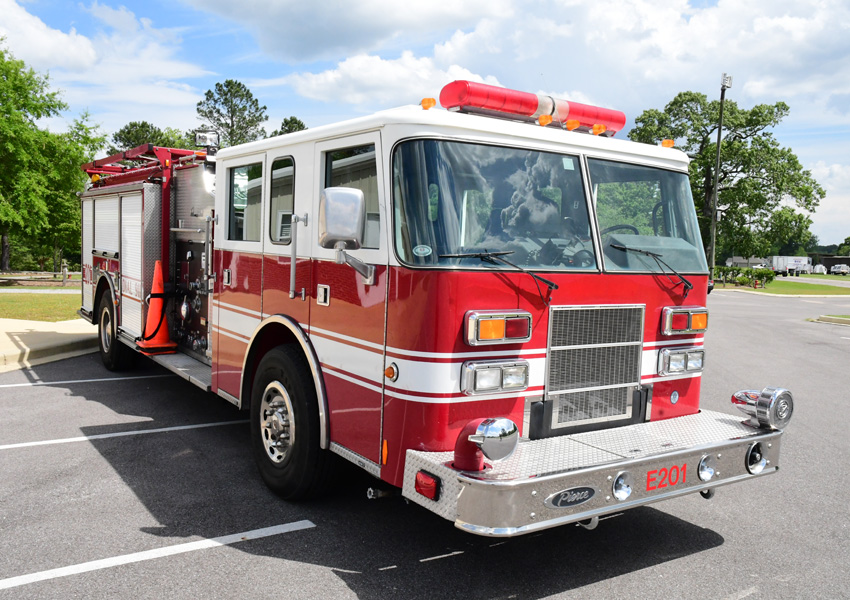 The Chilton County Commission is looking into requiring all volunteer fire departments to present a yearly audit in order to get funding. (Photo by J.R. Tidwell)

The Chilton County Commission was informed by county attorney Roger Bates that the group has the “teeth” in Act 2000-370 to require the county’s volunteer fire departments to present an audit prior to receiving funding.

The information was brought to the Commission’s attention during a budget work session on Sept. 17.

“We’re not recreating the wheel,” Commissioner Jimmie Hardee said. “We’re just saying this is what’s on the books, and we’re creating a standard.”

There are currently some fire departments that choose to present the Commission with annual audits, but it has not been mandated.

Certain fire departments have two stations, such as Enterprise No. 1 and No. 2.

In those cases, the department would need to conduct two audits, one for each of the stations.

There are several volunteer fire departments spread across the county, which led to the idea of looking into getting a group rate with one company in charge of handling the audits for each department.

“It sounds cold, but we require it and it’s their [fire departments’] job to furnish it [audits],” Commissioner Steve Langston said.

It was stated that there have been situations in the past where fire chiefs went to jail because they did not have an audit as a “safety net,” which could have raised certain red flags before they got out of hand.

Bates explained that audits serve as a way to prevent future mistakes and have the best interest of all parties involved.

Other discussions in the budget planning process included Hardee suggested increasing the funding for the Chilton-Shelby Mental Health Board by $20,000.

The best way to go about funding a road improvement plan was also talked about, as well as which roads should be on the initial list for Year 1.

Langston stated something that cannot be overlooked is that the price of asphalt is bound to go up due to an increase in supply and demand, as Chilton County will not be the only county in the state with road improvement on their minds.

Commissioner Allan Caton got the ball rolling by introducing a road plan months ago, and Hardee has since adapted that plan.

The plan involves paving slightly more than 31 miles of road for an estimated $5 million.

Langston liked that Hardee’s plan included a mixture of major and “farm-to-market” roadways.