CCSO thanks Fulmer for his service 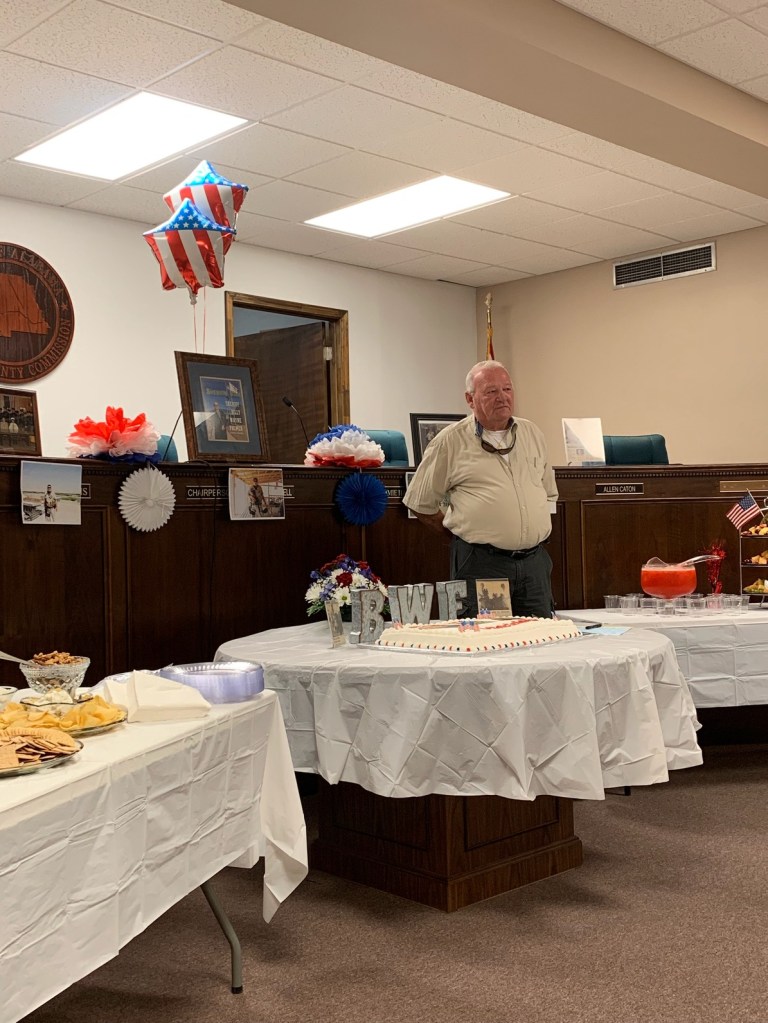 The Chilton County Sheriff’s Office hosted a retirement party for Billy Wayne Fulmer to honor his many years in local law enforcement. (CONTRIBUTED)

Members of the Chilton County Sheriff’s Office and other well-wishers came together to host a retirement party for long-time member of local law enforcement Billy Wayne Fulmer.

The event was held at the Chilton County Courthouse.

“He has been in law enforcement from 1977 to 2019,” said Sheriff John Shearon. “Today was his last day. He may still work a little part-time now and then, but as far as full-time he is going home to sit on the porch.”

According to Shearon, Fulmer began his career in law enforcement in 1977 with the Clanton Police Department.

“I think he worked all the way up to the rank of Lieutenant with Clanton Police Department,” Shearon said. “He held all the jobs underneath that. He went to work for the Chilton County Sheriff’s Office. He has been the warden, assistant chief, chief deputy. He has worked narcotics, several different things. He was chief deputy for a few years, and he was elected sheriff from 1999 to 2007. That’s when I went to work with him, in 1999.”

Fulmer has worked in a few related fields as well. Fulmer has previously worked for the local district attorney’s office as an investigator and worked alongside members of the military as a private contractor for two years.

Fulmer returned to CCSO as an investigator under Shearon.

“He has been a pretty big part of local law enforcement,” Shearon said. “He was able to solve a missing person/murder case that had been unsolved a few years. He put that situation to rest for the family. He helped in other missing persons cases. A guy was here today just to thank him for all the hard work he did on his son. He worked several high-profile cases.”

Being in law enforcement runs in the Fulmer family. Billy Wayne’s father was a member of law enforcement, his son Shane Fulmer is the police chief in Jemison and his son Billy is over the tactical team for the Alabama Law Enforcement Agency.

“They have had several generations in law enforcement,” Shearon said.