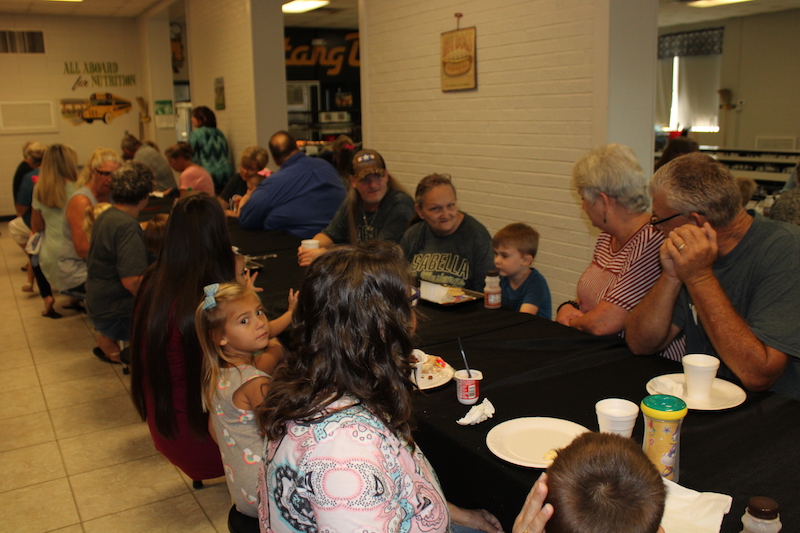 This past week, I was able to visit a few elementary schools in the county hosting Grandparent’s Day events. Each school had a good response. It was good to see so many of them able to attend.

Many of the events featured a sharing a meal, while some focused more on giving the grandparents a snapshot of what their grandchildren were learning.

At one school, there was also a book fair in progress giving visitors a chance to see books their grandchild might like.

In a time when many do not live as close to family as they used to (including yours truly), it was neat to see so many kids having family close enough to come out to an event.

Some of the schools included activities for the grandparent and the student to complete together.

One school had the student ask their grandparents questions in a short interview.

This is a great idea for older students to adopt as well. Many high schoolers have grandparents that have lived through events they are studying in history class.

Interviewing relatives can give a unique firsthand account of how the events made people feel and how it shaped the future.

It was by asking my grandfather questions about his time in the Air Force that I learned the military draft was used in the Korean War. Up until that point, I had only heard about the draft used in World War II and Vietnam.

My grandfather chose to enlist in the Air Force before he was drafted.

I’m glad I took some notes, because now I can look back at what I wrote and get a bit of a sense of what it was like. I know how he felt about the war.

I’m glad I thought to ask him. He died earlier this year.

There are a lot of amazing stories grandparents can tell — how they met, how did they decide what they wanted to do and be and where were they when the good and the bad things that have shaped this nation happened.

Let’s treasure these stories and find wisdom in them.