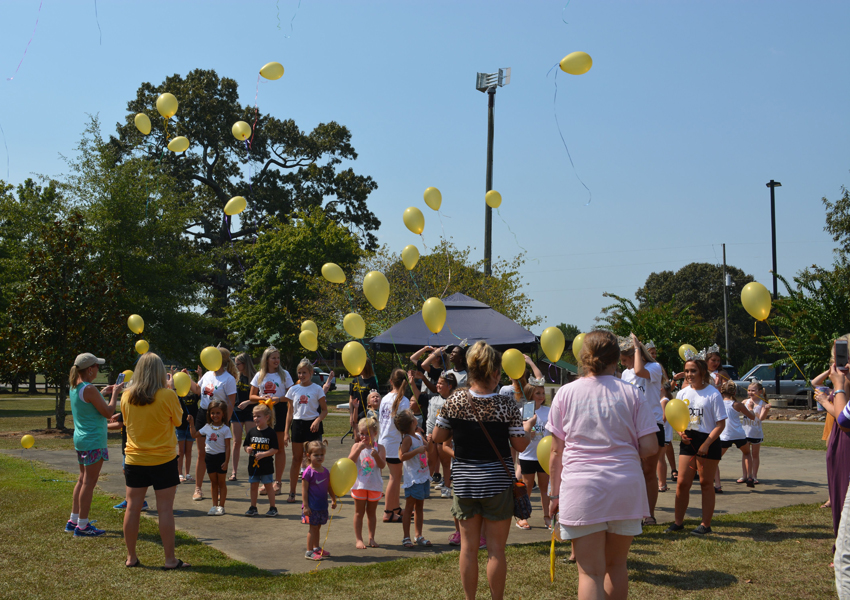 The event was highlighted by a gold balloon release to honor those who have lost their battle with cancer or continue to fight. (Contributed photo)

The Eli Jackson Foundation did its part to spread the message locally for the third year in a row with a kid-centric event on Sept. 7 at Collins Chapel Park in Clanton.

All proceeds raised during the event will go toward cancer research at Children’s of Alabama along with the donations of wagons, which are used by children battling cancer to help get around the hospital.

The Eli Jackson Foundation is currently helping in a research trial going on at Children’s of Alabama, while wagons are donated around Christmas each year.

The event was highlighted by a gold balloon release to honor those who have lost their battle with cancer or continue to fight.

There were several of fun and interactive things for the children in attendance, some of which included inflatable games, face painting and a cupcake walk. 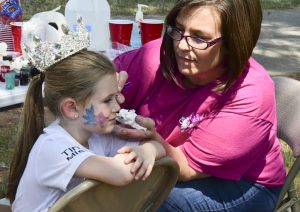 Face painting was one of multiple activities that children could take part in at the event. (Photo by Anthony Richards)

According to Tiffany Studdard with the Eli Jackson Foundation, it was important for the event to cater to the interests of children.

“It has definitely grown over the last three years,” Studdard said.

One of the areas where it has grown the most is in the amount of musical entertainment on hand, which included The Pullens, After Grace, Nikki Ellison, Adrianna Shavers and Kevin West.

“The whole reason for this is to help spread awareness,” Studdard said. “Unless you’ve been affected or someone you know has dealt with childhood cancer, you have no idea what goes on and all the trips needed back and forth to Birmingham for that family.”

According to Studdard, it can be the simplest of donations, such as gift cards for gas or restaurants, which can mean the world to a family dealing with childhood cancer.

Jennifer Till’s daughter Kinlee is a cancer survivor, and the family has enjoyed attending the event each of the past three years.

“I love when communities and families come together to do events that make people aware,” Till said. “It’s such a fun event with a lot of things for kids and families to do.”

According to Till, children battling cancer are unfortunately forced to think more like adults, which is why such events are important.

“It allows them to just be a kid and step away from the doctor’s appointments and the hospitals for a while,” Till said. “They see things and go through things that make them have to grow up so quickly.”