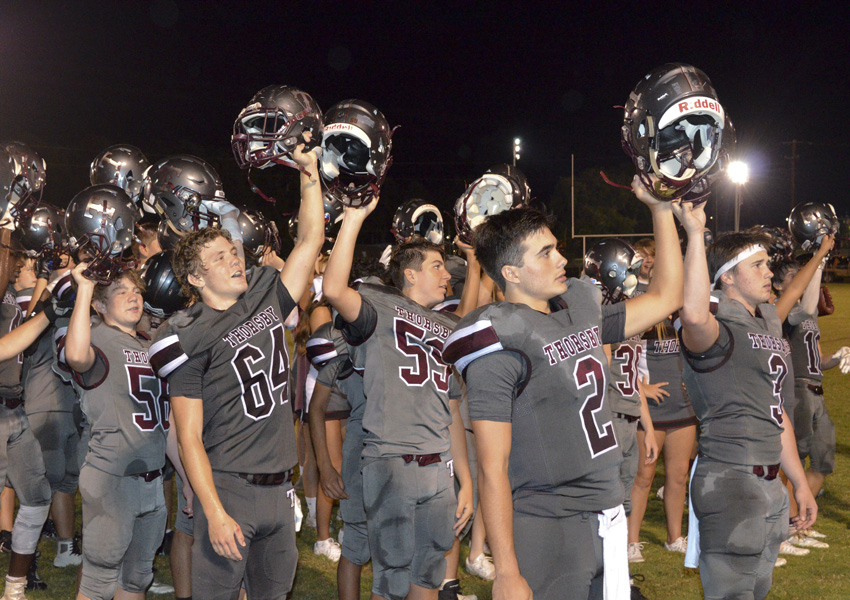 For the second-straight week the Thorsby Rebels put together a complete game performance, this time with a 38-0 victory over Horseshoe Bend.

The Rebels offense wasted no time finding a rhythm early on, which led to each of Thorsby’s points being scored by halftime.

“We just came out here and are doing what we’ve been practicing on all week,” THS quarterback Brody Barnett said.

Barnett continues to show progression just three starts into his first full season as the starting quarterback at the varsity level.

“I’m getting more comfortable with each game,” Barnett said. “It’s starting to come to me.”

One of the aspects of the offense that Barnett has seen a drastic improvement from the opening week against Jemison has been the team’s read option game. 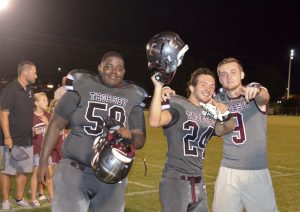 Head coach Daryl Davis attributes the improvement to the fact that this was the first game the Rebels had a healthy backfield.

According to Davis, there has been at least one player missing due to injury from the backfield’s rotation during the first couple of weeks to start the season.

He was happy to finally see the group on the field at the same time and also enjoyed the results it produced.

“Having everyone back makes a big difference, because you can call everything as a play caller,” Davis said.

Several of the reserves were able to get in the game during the second half and proved key in helping maintain the shutout that the starters had begun.

The shutout came into question late in the game after Horseshoe Bend connected on a deep pass inside the 10-yard line.

However, the defense stood strong and came up with a goal line stand as time expired.

“It feels great when we can do our job and shut a team out like that,” THS senior Blake Lockhart said.

The win was extra special for Thorsby as it came on homecoming. The Rebels improve to a record of 2-1 overall and 1-0 in region play.