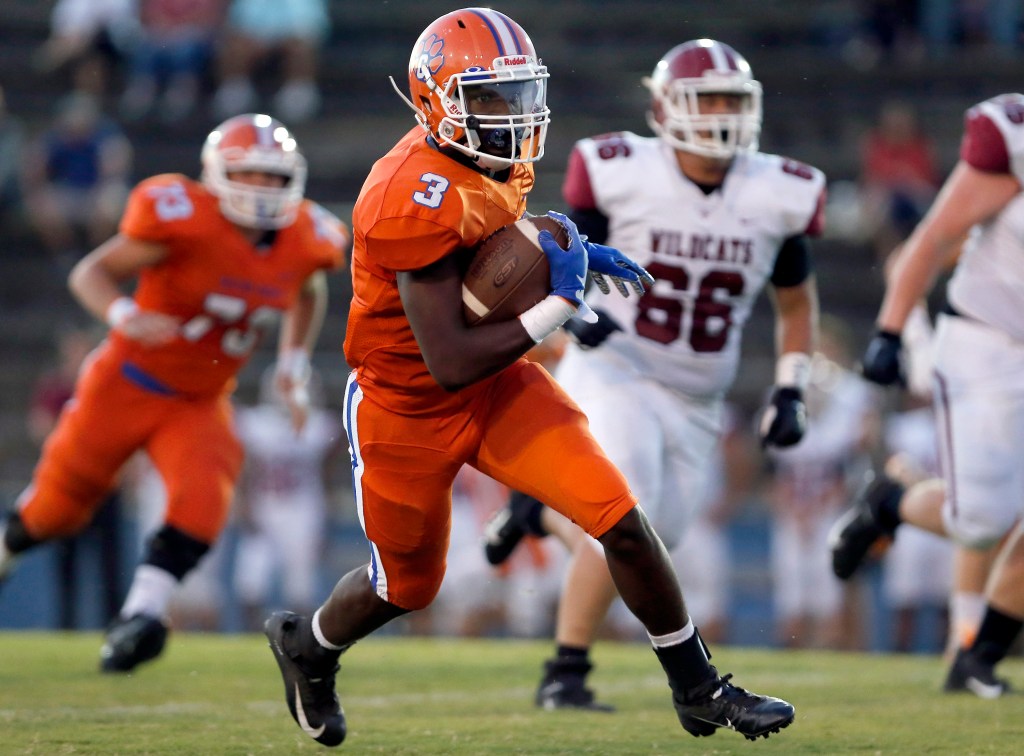 The Chilton County Tigers’ home opener for the 2019 season was interrupted by the Shi Keem Laister show, as the senior quarterback would put up 242 yards and five touchdowns in the first half alone, as Chilton County would pick up their first win of the season 40-33 over the Shelby County Wildcats.

The Tigers would go to work early as they found pay dirt with their opening drive thanks to a 48-yard run by JaKobi Albert that would setup a 2-yard touchdown by Laister that would put the Tigers up early 7-0.

Shelby County would answer on their ensuing possession with a 68-yard scoring drive that would be capped on a 21-yard touchdown carry by Ericsson Goodman that would tie the game at 7-all.

CCHS would make it two possessions and two touchdowns on their ensuing possession, as Brody Smitherman would cap a 69-yard scoring drive that would give the Tigers a 13-7 lead early in the second quarter.

A three-and-out by the CCHS defense and Laister would break his first long touchdown run of the evening on a 77-yard scamper that would make it 19-7 still early in the second quarter.

Another defensive stand by the Tigers would set up the CCHS offense at their own 23, where one play later Laister gashed the Wildcat defense once again for 77 yards, as he would take it again to the house to put the Tigers up 27-7 midway through the second quarter.

The Wildcats ensuing possession would start at their own 35-yard line, where Shelby County would start a 15-play scoring drive that would end on a 1-yard touchdown run by Raheem Montgomery to make it a 27-13 ball game.

CCHS was not ready to call off the dogs, as the Tigers would punch in two more scores prior to the half.

Laister would find pay dirt twice more on scoring runs of 32 and 23 yards to give CCHS a 40-13 halftime lead.

The Wildcats would be the first to find pay dirt during the half, as Shelby County cornerback Isaac Montgomery would pick off a pass from quarterback Sam Smith and would take it 23 yards for a Wildcats touchdown that would make it a 40-20 Chilton County lead.

A scoreless possession by the Tigers would give way to another scoring possession by Shelby County, as quarterback Dylon Hollman would connect with Montgomery for a 78-yard touchdown completion that would make it 40-26 early in the fourth quarter.

A late fourth quarter touchdown would draw the Wildcats to within eight, but it would be the Tigers that would hold on for the victory.

While the happiest man at Tiger Stadium may have been CCHS head coach Tal Morrison, he also found plenty to work on for the coming week.

Laister would finish the evening with 272 yards on the ground with five rushing touchdowns along with 28 yards through the air.

Hollman led the Shelby County passing attack with 159 yards through the air with one touchdown on six completions and 12 attempts.