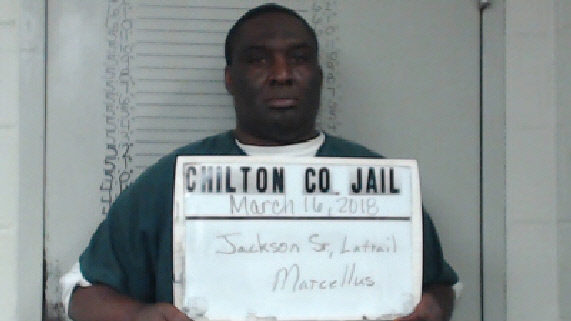 Latrail Jackson Sr. received a sentence of 210 months in prison after being found guilty on drug-related charges. (CCSO)

Latrail Marcellus Jackson, Sr., 42, was sentenced Sept. 4 to 210 months in prison after being found guilty by a federal jury for possession of cocaine and marijuana with intent to distribute. 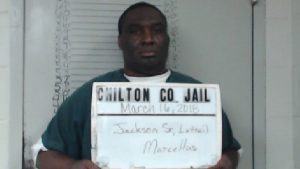 Latrail Jackson Sr. received a sentence of 210 months in prison after being found guilty on drug-related charges. (CCSO)

Evidence was presented to the jury during his trial that Jackson Sr. was selling drugs at a residence in the southern tip of Chilton County near Marbury.

An investigation in February of 2017 led authorities to obtain a warrant to search the house. Large quantities of illegal drugs were found.

“Jackson Sr. received a substantial sentence in this case due to his criminal history,” said a release from the Department of Justice. “During sentencing, the judge determined that he qualified as a career offender under the federal guidelines and this significantly increased his punishment range.”

According to online records from the Chilton County Sheriff’s Office, Jackson Sr. has priors going back to May 23, 2011, a cocaine possession charge.

Over the years he has had multiple drug-related charges and two instances of attempting to elude from police in a vehicle chase.

“Unfortunately, violence and the illegal drug trade are often closely linked together,” said U.S. Attorney Franklin. “My office will use all tools available to address the drug and violent crime problems in our communities. I applaud the work of all agencies involved in bringing this father and son to justice.”

Latrail Marcellus Jackson, Jr., 25, was sentenced to 78 months in prison Aug. 26 after pleading guilty to possession of methamphetamine with intent to distribute and possession of a firearm in furtherance of a drug trafficking crime. 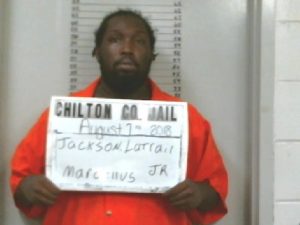 Latrail Jackson Jr. was sentenced to 78 months in prison for drug-related charges and illegal possession of a firearm. (CCSO)

“Court records indicate that in March 2018, Clanton police officers encountered Jackson Jr. while responding to a disturbance call,” according to the release.

“While there, police discovered that he had an outstanding failure to appear warrant. The Chilton County Sheriff’s Office took him into custody and found him to be in possession of methamphetamine and a handgun. Possession of a firearm in connection with drug trafficking carries a minimum sentence of five years in prison and runs consecutive to any other sentence. Jackson Jr. received 18 months for the drug charge.”

Jackson Jr. has online arrest records with CCSO dating back to Dec. 21, 2013, a domestic violence by strangulation charge.

Along with drug-related offenses, Jackson Jr. has also had harassment, possession of stolen property and multiple illegal possession of a concealed weapon charges.

“My office works hard to get drug dealers off the streets and out of our communities,” said Chilton County Sheriff John Shearon. “We appreciate the partnerships we have with federal law enforcement and the U.S. Attorney’s Office, and I would like to commend the members of our agency for their hard work in these cases.”

According to the DOJ, Jackson Sr. will be subject to five years of supervised release after serving his 17 and a half-year sentence.

Jackson Jr. will be subject to three years of supervised release after his 6 and a half-year sentence.

“There is no parole in the federal system,” said the DOJ in the release.

“Protecting the public by the removal of the criminal element that commits acts of violence with a firearm was the result of the combined efforts by ATF and our partners,” said ATF Special Agent in Charge Marcus Watson.

According to the release, the ATF and CCSO investigated these cases with assistance from the Clanton Police Department and the Alabama Department of Forensic Sciences. Assistant United States Attorneys Brandon Bates and Thomas Govan prosecuted the cases.