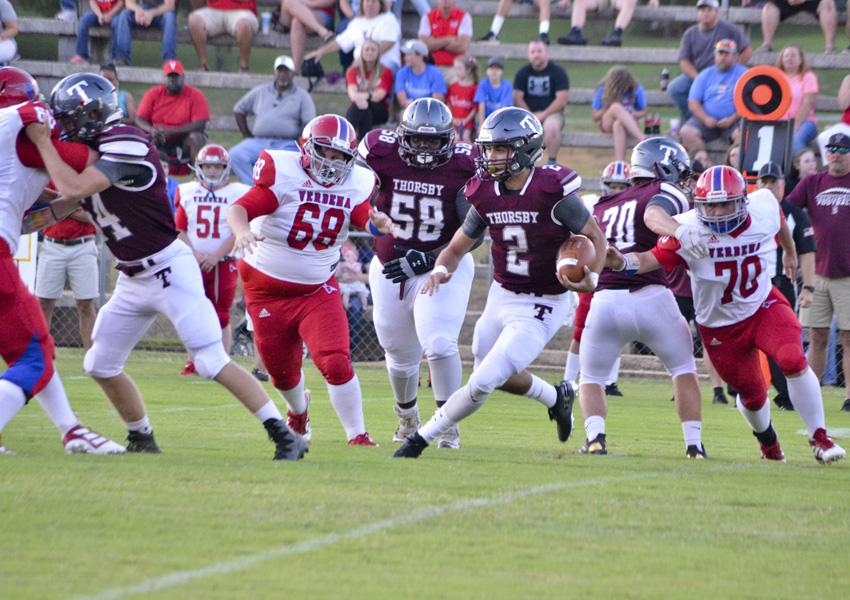 Brody Barnett of Thorsby runs the ball against Verbena on Aug. 30. (Photo by Anthony Richards)

The Thorsby Rebels got back on track following an opening season loss with a big 44-16 victory over Verbena.

The Rebels struck early and often to build a 32-0 lead after one quarter of play and 38-0 at halftime.

Points came from all three phases, as Tyler Ray returned a punt for a touchdown and Koby Davis scooped up a fumble and ran it back to the house. 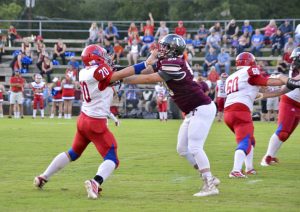 The game was a battle in the trenches. (Photo by Anthony Richards)

First-year starting quarterback Brody Barnett looked more comfortable in the pocket with a game under his belt and was able to establish an obvious rhythm.

A.J. Smith would not be stopped on Thorsby’s second drive of the game, as he kept his legs turning and gained some tough yards.

He wound up punching in a touchdown run to put the Rebels up 16-0 midway through the opening quarter.

With a comfortable lead, Barnett was replaced at quarterback by Luke Davis, who ran for a touchdown right before the halftime break.

Verbena scored 16 points in the second half, which is something they can build upon moving forward into the season.