Panthers pull away in second half 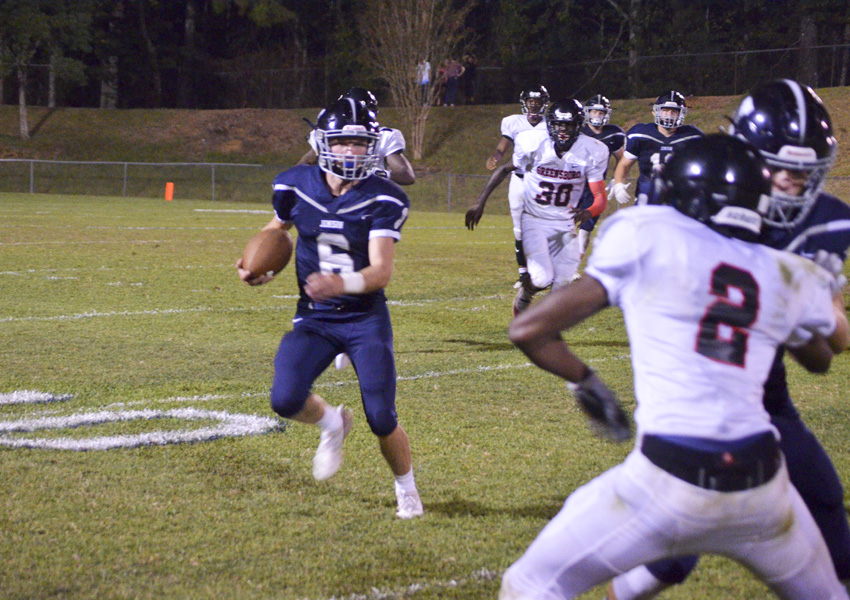 Jemison’s Daniel Martin followers a blocker in the open field against Greensboro on Aug. 30. (Photo by Anthony Richards)

The Jemison Panthers took control in the second half against Greensboro en route to a 22-8 victory to improve to 2-0 on the season.

Greensboro took the opening drive of the second half down the field, but the Panther defense bowed up and stopped the Raiders on fourth down near the goal line.

Jemison’s offense took advantage of the defensive stand, as Daniel Martin connected with James Wright on a quick pitch-and-catch that Wright took 60 yards and deep into opposing territory.

The drive continued into the fourth quarter, when Martin rolled out and found Joshua Gilliland in for a 14-yard touchdown pass to put Jemison on top 14-8. 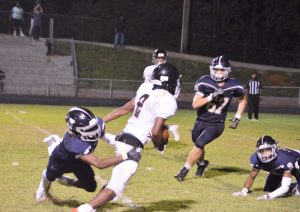 Jemison defenders corral a Greensboro ball carrier on a fourth down stop near the goal line. (Photo by Anthony Richards)

The defense made another big time stand, this time it was Colin Tillery who sacked the Greensboro quarterback for a big loss on third down to force a punt with 8:45 remaining in the game.

With the ball back in his hands, Martin converted a fourth and inches with a quarterback sneak and Hunter Baker broke through and gained some tough yards on the ground.

The drive ran four-plus minutes off the clock and was punctuated with a 1-yard touchdown run by Martin, who tucked behind his offensive linemen and followed them to pay dirt to extend the lead to 22-8.

Wright intercepted a pass late in the game to preserve the win.