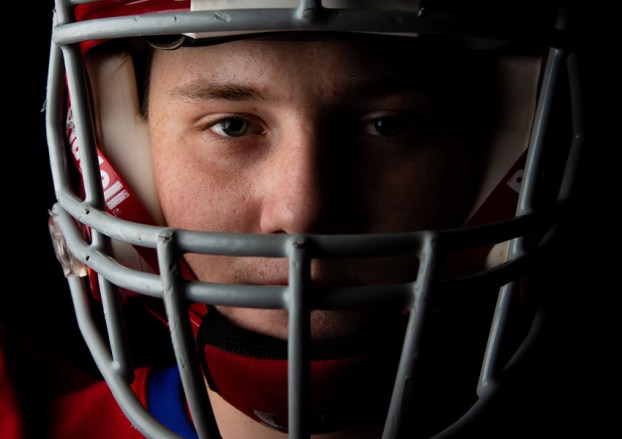 The Verbena Red Devils have their sights set on improving each game, as they look for their first win in two seasons. (Photo by Brandon Sumrall/Special)

The Verbena Red Devils erased any speculation that they would not have a team in 2019 when they took the field in a jamboree contest against McKenzie on Aug. 22.

“In a lot of people’s minds, when we took the field it was a mission accomplished,” Verbena head coach Josh Robinson said.

Although the Red Devils lost 16-6, they learned a lot about themselves in the process. The game was an exhibition and did not count toward Verbena’s overall record.

“I think our guys gained confidence as the game went along,” Robinson said. “We learned that we can go out there and compete every play. We’re never going to quit. Whether we’re up 16-0 or down 16-0, we’re still going to keep fighting hard.”

That confidence was on display as Verbena was able to put together a scoring drive in the late moments of the game.

“That just shows the resilience of our guys,” Robinson said. “It took a few series to see what was working for us. Coach Brothers, our offensive coordinator, I thought he did a great job of realizing that and we were able to get in a rhythm there in the second half.”

It was about an hour and a half road trip to McKenzie, which gave the new teammates necessary time to bond.

“I think it was a good experience for us,” Robinson said. “Everybody was focused in and thinking about their assignments. I feel like it showed with the way we competed.”

As with most new coaches, the early going is an important part of the process, as Robinson is getting to know his players and vice versa.

“I love being back here and I’ve enjoyed getting to know all the guys, and I hope they can say the same about me,” Robinson said. “We’re learning each others expectations.”

At one point during the spring Verbena did not have enough students come out to form a team.

However, that has changed in part because of Robinson and the community helping to promote the game of football.

“Our first summer workout there was 12 [players] here and now there’s 27 on the roster,” Robinson said. “We’re building.”

Verbena officially begins the 2019 season on the road against county foe Thorsby on Aug. 30 beginning at 7 p.m.

We are only a week away from football starting up and there will be several new faces patrolling the sidelines... read more