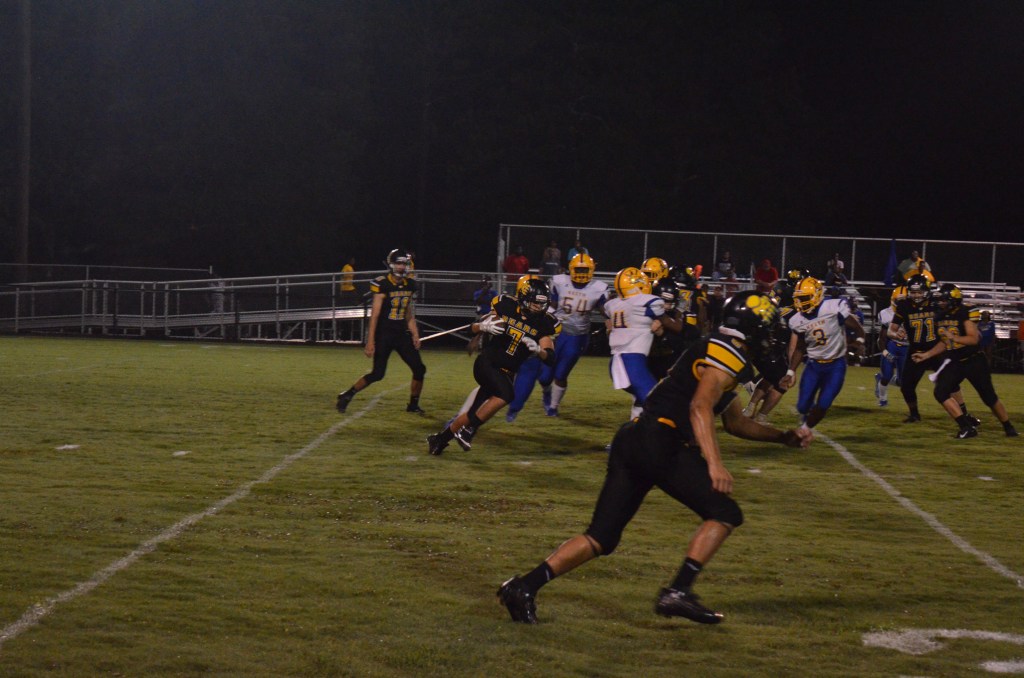 Taylor Arington makes a carry around the right side for Billingsley. (J.R. TIDWELL/ADVERTISER)

Billingsley was set to host Keith Aug. 23 for its 2019 football season opener.

Excitement was in the air as both teams warmed up while fans took their seats.

Unfortunately for the two teams, however, that was not the only thing swirling around the stadium.

Thunder and lightning in the area pushed kickoff back in 30-minute increments all the way to around 9:20 p.m., when the two teams finally took the field.

Keith kicked off to Billingsley, and the Bears from Autauga County (Keith is also the Bears) went on the offensive.

Taylor Arington made a solid run before a nearly-broken play saw his brother Levi Arington scoop up a fumbled snap and launch the ball to Brisen Tatum, who crossed midfield.

Billingsley made it to around the Keith 30-yard line when the game officials called a heat timeout.

Just as the two teams were about to resume play, a large bolt of lightning flashed in the distance, and the resulting thunder barely had time too ring in the ears of those in attendance before the head official once again called for a 30-minute weather delay with the contest still scoreless at 0-0.

It took until almost midnight, but Keith topped Billingsley 20-18.