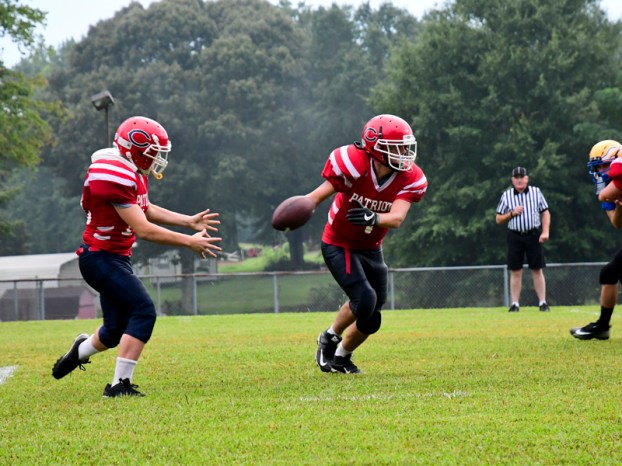 It came down to the wire, but Chilton Christian Academy has officially announced that it will field a football team for the 2019 season.

The decision came after a couple of students decided to come out for the team not long after the school year had started.

The additions gave the Patriots enough players to meet the minimum of 12 players required to compete in the Alabama Christian Athletic Association.

“We got pretty lucky with it, but I think we’re going to have a good season,” CCA junior Gavin Reiter said.

Every day since school started, Reiter would try to convince his friends, and anybody else he ran across in the school hallways, on the advantages of playing football in the hopes of enticing them to join the team.

It seems that persistence paid off, and CCA will now be playing a six-game schedule that includes three home games.

CCA will open its season slate at home against Millbrook Christian on Aug. 30 at 5 p.m. Other home dates include Sept. 20 and Oct. 17.

It will be an intriguing start to the season, as it is a rematch of last year’s state championship, which Millbrook won handily.

However, Reiter believes that previous experience will be helpful in the second go around between the teams.

“I think it’s going to be evenly matched,” Reiter said.

CCA continued to practice as if they were going to have a season, even if it was a modified schedule.

According to athletic director Caleb Jones, it would have been a shame to end up having a great season but not be eligible for a championship.

We are only a week away from football starting up and there will be several new faces patrolling the sidelines... read more