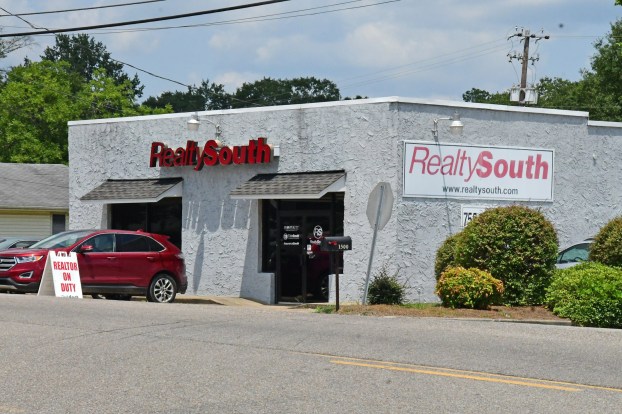 Real Estate Associates and RealtySouth in Clanton have merged together and will remain under the RealtySouth banner. (J.R. TIDWELL/ADVERTISER)

What were once rival companies in Clanton have come together as coworkers under one name.

Real Estate Associates and RealtySouth have merged together and will now all be identified by the latter heading.

According to RealtySouth broker Patty Bingham, Real Estate Associates owner/broker Diane Knight began talking with RealtySouth about a potential merger at the beginning of the year.

“She made a commitment that she was ready to sell,” Bingham said. “We had about a month of paperwork, and by Aug. 1 everything was transferred.”

She said nothing has really changed after the merger.

“Our customers can still expect the same great service from the same people,” Bingham said.

Knight will step down back into a sales role after the merger, with Bingham remaining the broker.

“Diane loves selling,” Bingham said. “It’s her favorite part of the job, and she is excellent at it.”

Bingham said she is “very excited” about members of the now formerly separate companies working together.

“Both sets of agents have been great,” she said. “Some were scared or skeptical at first, but everyone has a great attitude and are working well together.”

While the two groups may be working together, for now they are not under one roof.

Neither the Real Estate Associates office nor RealtySouth office in Clanton is large enough to hold everyone, so the two are keeping their old digs “until we can find a new building and our leases run out,” Bingham said.

The latter will happen in about six months.

According to Bingham, RealtySouth was founded in 1992 as a different company that was later bought out and changed to the new name.

By J.R. TIDWELL / Editor Hamilton Mortgage in Clanton was honored as the Chilton County Chamber of Commerce business of... read more