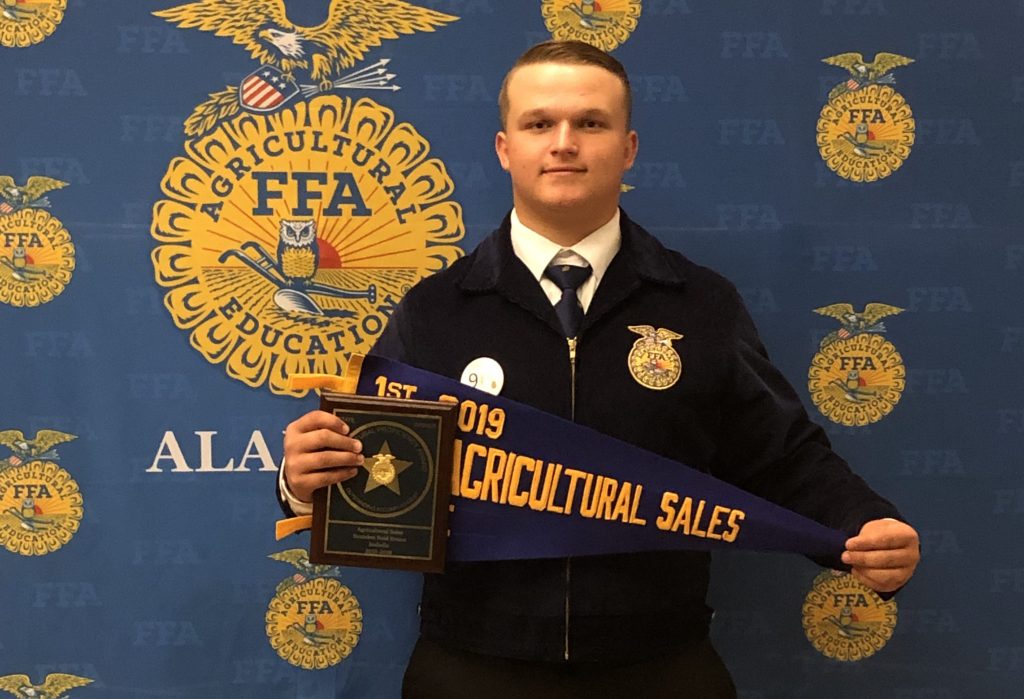 Evans recently received word that the national FFA has ranked his selection as a silver, which traditionally means it is in the top 25.

He will be recognized at the national convention in October.

“He was jumping up and down,” Evans said.

Evans said he received notification of winning via a letter from the Alabama FFA, along with advice about how to improve the application for nationals.

He also placed third in ag processing at the state level.

For the ag sales category, Evans wrote an essay describing how his produce sales had grown from the time he was 15 until now.

“I helped my grandfather before that,” Evans said. “He was the one who got me into it. I first started helping him when I was 5. I always liked it.”

Evans also submitted photos, record keeping details and how many hours worked as a part of the application.

He was awarded $250 for first place at state.

“Meeting new people” is Evans’ favorite part of being in ag sales.

He usually sells during the summers.