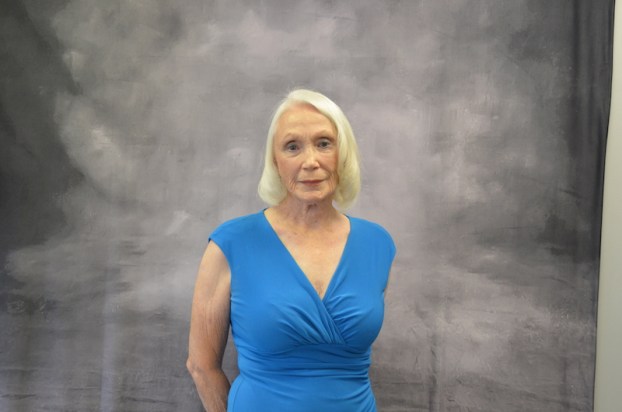 Dr. Lucille S. Collins (Sanders) is retiring in September after 27 years as a physician in Maplesville. (JOYANNA LOVE/ ADVERTISER)

Dr. Lucille S. Collins (Sanders) is retiring in September after 27 years as a physician in Maplesville.

Her age, licenses coming due for renewal in October and the need to hire a new nurse were contributing factors for this being the right time to retire, Collins said.

“Rather than renewing all the licenses, I thought, ‘now, is a good time to retire,’” Collins said. “Plus that 80th birthday on the horizon.”

Music will be a focus for Collins in retirement. She started taking violin lessons in February and will continue. She also plans to learn to play the harp and keyboard/piano.

She also plans to continue enjoying the animals on her farm, including her “unicorns.”

Collins hopes to train her white pigeon, which she has named Leroy Brown “because I think he has potential.”

“This has been my main social outlet,” Collins said. “Those people in Maplesville are my friends, almost like family and leaving them is sad.”

Collins still makes house calls to patients who cannot make it to her clinic.

Collins was interested in being a doctor at a young age.

However, she became a model and a ballerina first.

“I didn’t start medical school until I was 39,” Collins said.

She said entering medical school at an older age just meant having more experience and “knowing how to do this” when it came to college courses. Collins had previously earned a degree in philosophy at UCLA.

At the age of 37 or 38, she took math and science courses required for enrollment in medical school.

“Women I think do things at odd times, partly because they end up raising a family somewhere in there and that kind of takes the focus off anything outside the home for a while, and so I don’t think it is unusual at all for women in there 30s to go back to school and take up another career, or women in their 40s even,” Collins said.

Since many schools in the United States were not accepting older students, she enrolled at the Universidad Central del Este (Central University of the East) in the Dominican Republic. Her first husband (who was 62 at the time), also enrolled and completed his degree.

Her plan had been to be a veterinarian. However, after completing medical school, two more years of college for her veterinary license was not possible.

“I was out of money … so I remained in medicine, and I’m glad I did,” Collins said.

She said by staying in medicine she did not have to learn how to treat multiple species the way veterinarians do.

Collins came to Maplesville as a part of her residency in Selma through UAB.

A friend from medical school that would be completing her residency program in Selma had encouraged her to apply.

Her first morning visiting Selma “I looked around, and I saw the cattle and the field and the orchards and the woods and I thought, ‘I’m home.’”

Her residency lasted for four years.

“There was a very wise man named Dr. Overstreet who thought I would be a match for Maplesville,” Collins said. “It turns out he was right.”

She said she has had three of four generations of families as patients.

The government regulations in the field have been one of the major changes in the industry during her career.

Collins lives in Clanton with her husband Bob Sanders, who is a magician. She said she has learned some magic from him and will travel with him some.