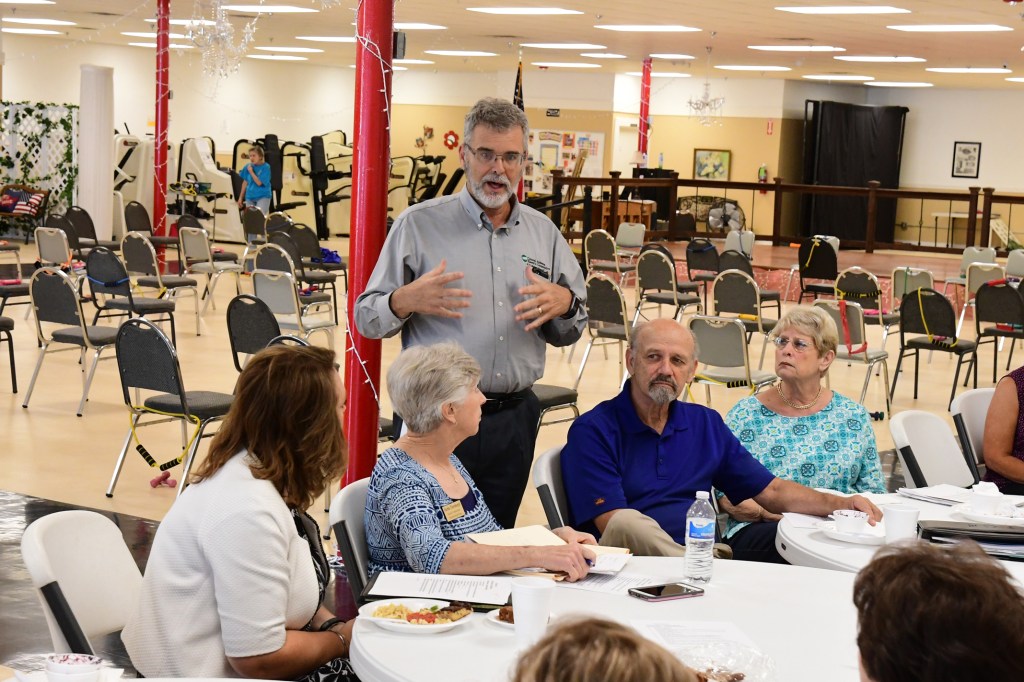 Stackhouse discussed Phase I of the project and why CAEC decided to make the endeavor.

“Less than a decade ago this internet thing took off,” Stackhouse said. “A lot of folks got used to being connected. We have a lot of equipment covering upwards of 6,000 square miles. We have 24 substations and six offices. We didn’t have good connectivity in most of our area.”

Stackhouse said his company often got feedback from its electric customers saying things like students needed internet to do homework but it was not available to them, or people wanted to be entertained and stream their favorite shows instead of having a television service subscription but did not have internet capable of high speeds where they lived.

“Across the country there all already over 100 cooperatives out of 900 that have deployed and engaged fiber optics in their area,” he said. “We didn’t have to totally reinvent the wheel. We were able to see what they had done, and they shared with us mistakes they had made and what works. They have all been able to put out (fiber optics) and justify it financially.”

According to the company’s website, “CAEC’s Board of Trustees approved Phase I of a plan to construct a fiber network for broadband. The first goal for this project is to construct a 365-mile fiber optic ring, connecting our 24 electric substations and six offices, so this first phase will follow that path. Over the last several months, the co-op has finalized the study that determines which homes fall into the initial Phase I area and construction will begin on the core to serve our facilities this summer.

Anyone wishing to check if their location is included in Phase I may do so at caecaccess.com by entering their address.

Stackhouse said that around a year from now Phase I should be to the point where CAEC can determine both whether or not to continue branching out its fiber optics and internet access and the area(s) said expansion should take place in.