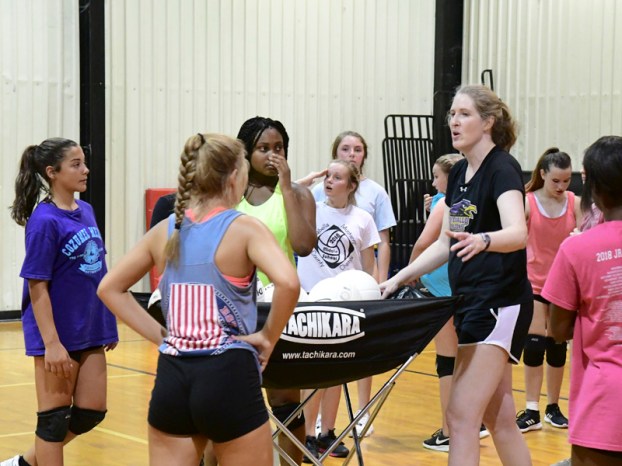 Isabella volleyball continued the tradition of hosting its annual camp in the period after summer workouts and prior to the start of the season.

Leading the instruction at this year’s camp, which was held July 29 and 30, was University of Montevallo head coach Katie O’Brien along with two of her current players.

Glen Graham is entering his 22nd year coaching volleyball at Isabella, and the camp has been around for roughly the last 18 of those.

According to Graham, it is the first time Montevallo has come to teach at the camp.

Montevallo joins the likes of Auburn, Jacksonville State, Middle Tennessee State and Emory who have led the camp in the past.

“I like changing it up to expose different players to different universities,” Graham said. “Hearing the same thing differently can sometimes click.”

Doing activities during the summer can be difficult to organize, but one of the advantages of having a camp for last 18 years is that there is a sense of understanding that it is an important step in the path to future success. 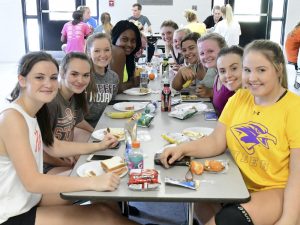 Even lunch in the cafeteria can serve as a bonding experience for Isabella volleyball players during camp. (Photo by Anthony Richards)

The players really seemed to be enjoying their time together, whether it was on the court or in the cafeteria during lunch.

Building the bond among the team is one of the key benefits that Graham sees from holding such camps.

“Next week we start mandatory practices, and we’re only about three and a half weeks out from our season starting,” Graham said.

Varsity, junior varsity and middle school players all took part in the camp.

“It builds the family part of what we try to teach here,” Graham said. “It lets our young girls see what the expectation is.”

Isabella heads into 2019 having lost eight seniors to graduation, which opens the doors for a lot of opportunities for younger players to step into bigger roles at the varsity level.

“I’m always the optimist, because I know who I have moving up, and some of them are growing up very quickly,” Graham said. “If my young girls grow up, we’re going to be a very solid team. The expectations don’t change.”

Nathan Calloway of Maplesville is only six years old, but he has already secured a spot in the Loretta Lynn’s... read more