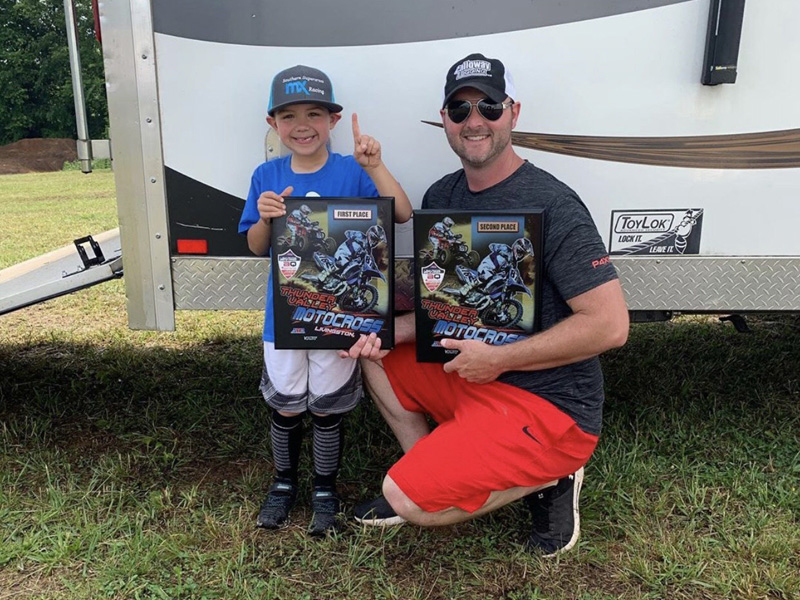 Six-year-old Nathan Calloway of Maplesville has traveled across the country with his dad Jonathan during the last several months competing in motocross area and regional qualifiers. (Contributed photo)

Nathan Calloway of Maplesville is only six years old, but he has already secured a spot in the Loretta Lynn’s AMA Amateur National Motocross Championship.

The event will take place in Hurricane Mills, Tennessee July 29 to Aug. 3.

The qualifying process involved Nathan and his dad Jonathan traveling throughout the country to compete in area and regional qualifiers during the last several months.

Some of the states Nathan competed in included Michigan, Tennessee and South Carolina.

It is only his first year racing, but he has quickly proven himself to be one of the fastest riders of his age group.

He races as number 429, which he chose because his favorite pro rider was Ricky Carmichael, who made the No. 4 famous, and Nathan’s birthday is December 29.

However, he will change it up and ride No. 28 in the championship race.

Nathan is scheduled to race July 31, Aug. 1 and Aug. 2. The races will be broadcasted live each day on RacerTV.com.