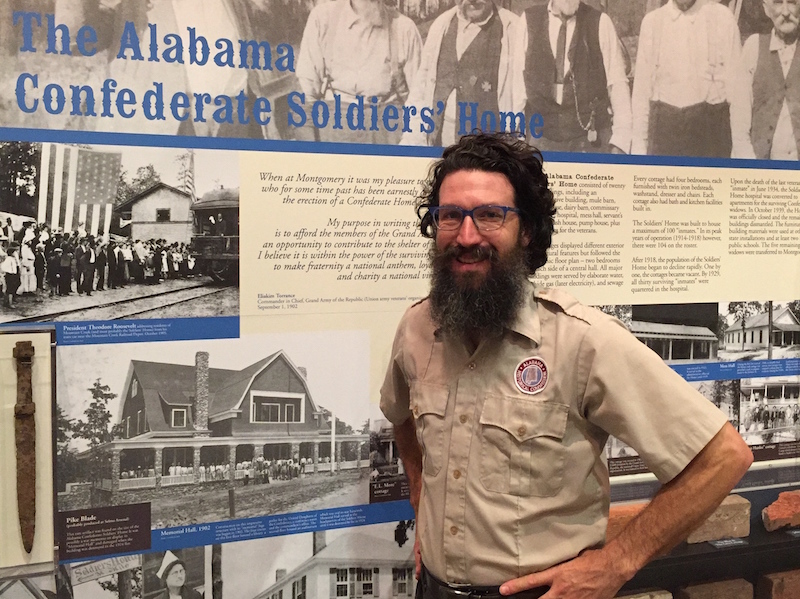 Calvin Chappelle has stepped into the director position at Confederate Memorial Park in Marbury following the retirement of director Bill Rambo.

Chappelle had served as the assistant director for the historical site for two years while Rambo was director.

“It’s a beautiful park and a great museum,” Chappelle said. (It is) a great asset to the community.”

Chappelle said he wants to continue to “maintain and preserve the history” of the site, which had served as a home for disabled and poor Confederate veterans and their wives.

“I’ve worked in museums for about 18 years now,” Chappelle said.

He also holds a Master of Arts in museum studies from the University of the Arts in Philadelphia.

Before coming to the Confederate Memorial Park to work, Chappelle worked at the Mabry-Hazen House, which preserves the family’s history, and the Bethel Confederate Cemetery in Knoxville, Tennessee.

Interest in history started at a young age for Chappelle. Chappelle said his father was the family historian and Chappelle would go with him to do research in the archives and talk to family members.

Helping his father with research grew into an interest in Civil War re-enactment. Chappelle said as a child he learned to play the fife in order to participate in re-enactments, since he was too young to do anything requiring a rifle.

Now, 30 years later, Chappelle has continued to re-enact in this role.

Chappelle saw working at the Confederate Memorial Park as a way to return to his home state of Alabama. Chappelle is originally from Montgomery.