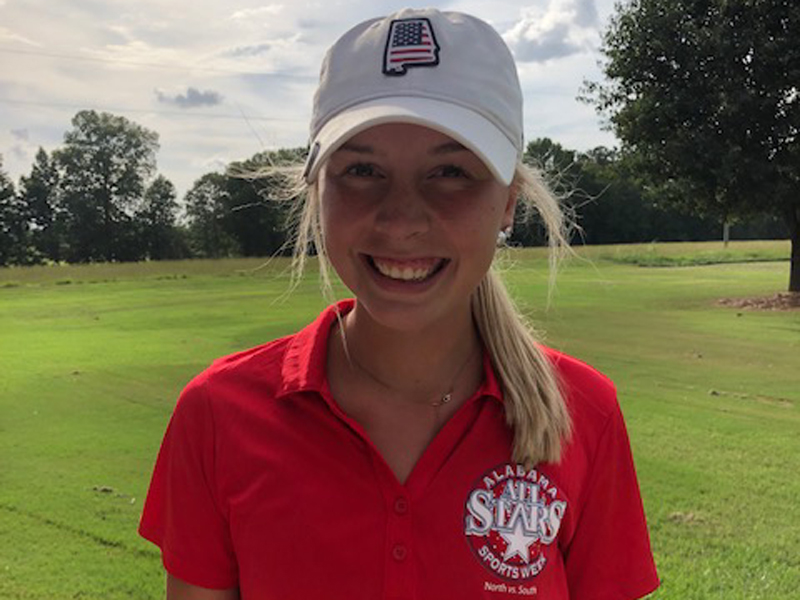 Gentry Scott of Jemison was chosen as an AHSAA all-star golfer. (Contributed photo)

It was the first time golf had been included as part of the AHSAA’s all-star sports week, and Jemison’s Gentry Scott made the cut.

Scott was one of 22 girls’ golfers selected and one of 10 on the South squad.

The event was held at Montgomery Country Club on July 19 and included a match play format.

Although the South lost by three shots to the North, it was an experience that Scott cherished.

The course was long and narrow, which meant that hitting balls in the fairway was extremely important.

Scott teamed up with Caroline Webb of Demopolis during the competition.

According to Scott, spending time with a group of girls who are just as passionate about golf as she is was very exciting.

“Being around all the best players really makes you play better,” Scott said.

She enjoyed the bonding on the bus rides and the time spent away from the course during a scheduled team activity at a bowling alley.

“Even though we were there for golf we got to do other stuff,” Scott said.

It was only the second time Scott had ever played a match play tournament, with the first instance coming only a week earlier.

“It puts a whole different approach in your mind,” Scott said.

Scott plays several tournaments throughout the year outside of school. 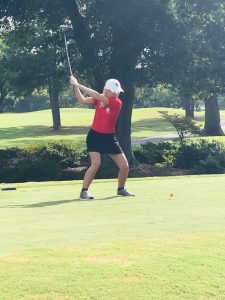 Scott competed as part of all-star week during an event at Montgomery Country Club on July 19. (Contributed photo)

“I have colleges looking at me, which makes me feel good,” Scott said.

In the Alabama Women’s Amateur a large percentage of her competition consisted of college players.

According to Scott, tournaments outside of the high school circuit are much longer.

Scott has been playing golf since she was 10 years old and in high school since seventh grade.

“My dad plays, so we would always play together,” Scott said.

However, her dad cannot really help her with technique due to having a left-handed swing.

One of the things she loves about the game of golf is the individualistic nature of it.

“I’m very independent, and I kind of just like to do my own thing,” Scott said. “I have a swing coach and I do what he says but that’s it. With golf it’s just me and I only have to listen to myself.”

Scott has several goals heading into her senior year of high school, including making it back to substate for the fifth time in her career.

“I don’t want that to change my senior year,” Scott said.

Jemison is currently in need of a golf coach and two more girls in order to qualify as a girls team with the AHSAA.

Scott hopes that support continues to grow for golf in Chilton County as a whole.

“I believe that kids would want to play the game, but nobody supports them,” Scott said.

She encourages any young girls who have an interest in golf to give it a chance and don’t let the fear of hitting and embarrassing shot keep them from having fun and learning the game.