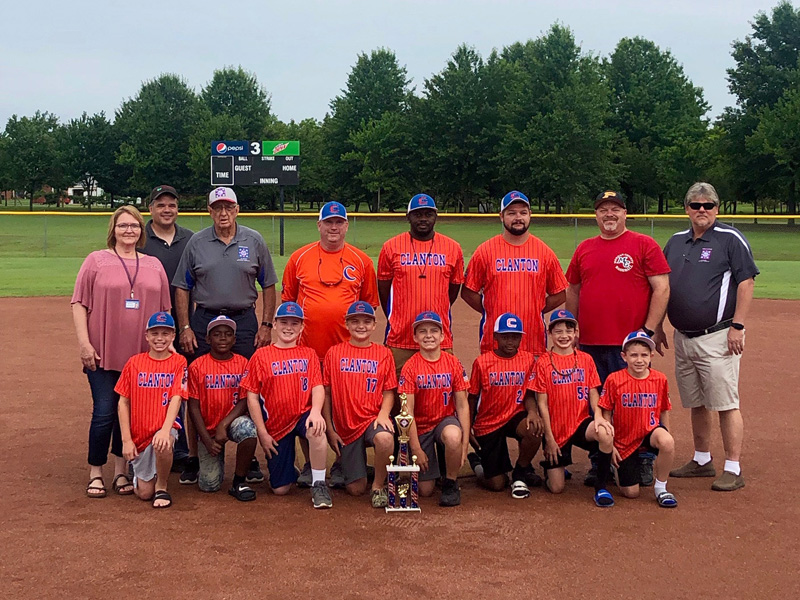 The Clanton AAA All-stars were recognized for their sportsmanship with an award during the Alabama Dixie Youth Baseball state tournament July 12-16. (Contributed photo)

The Clanton AAA All-stars baseball team may have fallen short of winning the Alabama Dixie Youth Baseball state tournament, but they were still able to leave a lasting mark.

The team was presented with the P.L. Corley Sportsmanship Award, which was voted on by the tournament officials, host committee, umpires and park staff from the event held July 12-16 in Morgan County.

“Clanton was eliminated in the round of eight but walked away with the largest trophy,” Morgan County Baseball president John Keahey said.

According to a press release, the award is handed out to the team that best demonstrates good conduct and a positive attitude throughout the tournament.

Although treating opponents and teammates with respect is at the top of the list, the way that a group carries themselves and treats others off the field can be equally important.

The honor is not only reflective of the players, but also of their parents and supporters in the stands who continually showed a courteous nature toward their fellow spectators and the umpires calling the game.

Another one of the award criteria included players and coaches being neat and presentable in their uniform and appearance at all times.

The group was made up of 10-year-olds from the Chilton County area.

According to Keahey, it was Clanton’s first year back playing in Dixie Youth Baseball.