The resignation was approved during a voting session of the Chilton County Board of Education on July 16.

Dennis will be the federal programs director for Bibb County Schools.

Rather than hire someone to fill the assistant superintendent position, Superintendent Jason Griffin proposed posting for a human resources director and a director of operations.

Both job descriptions were reviewed during the July 17 meeting. The Board approved posting for the human resources director with a vote of 4 to 3. Board President Brian Jackson, Vice President Jacqueline Sullivan and board members Chris Smith and Angie Sanderson voted in favor. Board members Pam Price, Keith Moore and Lori Patterson voted against. The motion to post a director of operations position failed. Price, Sanderson, Moore and Patterson voted against. Smith, Jackson and Sullivan voted in favor.

“We are taking one position, and we are breaking it into two?” board member Keith Moore asked.

“So it is going to take two people to do what one person was doing, no wonder they left,” Moore said.

Board member Chris Smith asked what had been revised in the job description. Coppedge said the wording was very outdated.

“At the time that was written, we were obviously in a much different time than we are now,” Coppedge said. “Behavior — 20 years ago that was not something we were looking at, now that is something you deal with on a regular basis in that position, so we added those things.”

The employee would work with classroom teachers as well as special education teachers.

Price asked if it would be better for the job qualifications to require a master’s degree in a behavioral-related field.

“There is not a behavioral degree that I’m aware of outside of special education that has the education piece as well,” Coppedge said.

She said there is behavioral-specific training available to employees.

Deason has accepted an assistant principal position at Benjamin Russell High School, which is closer to Alexander City where he lives.

All supplements were delayed to be considered at the July 30 meeting.  Initially, high school principals were told they would not be able to use waivers this year. However, during the July 16 meeting, the board of education approved the use of waivers, meaning a principal can use the supplement not being used for one sport for a different sport. After the waiver vote, a principal asked to amend his supplements knowing that he could use waivers, and the board asked that principals make amendments and submit before the next meeting. E-sports supplements were also delayed to be considered with the entire list. 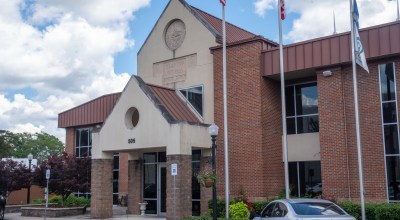