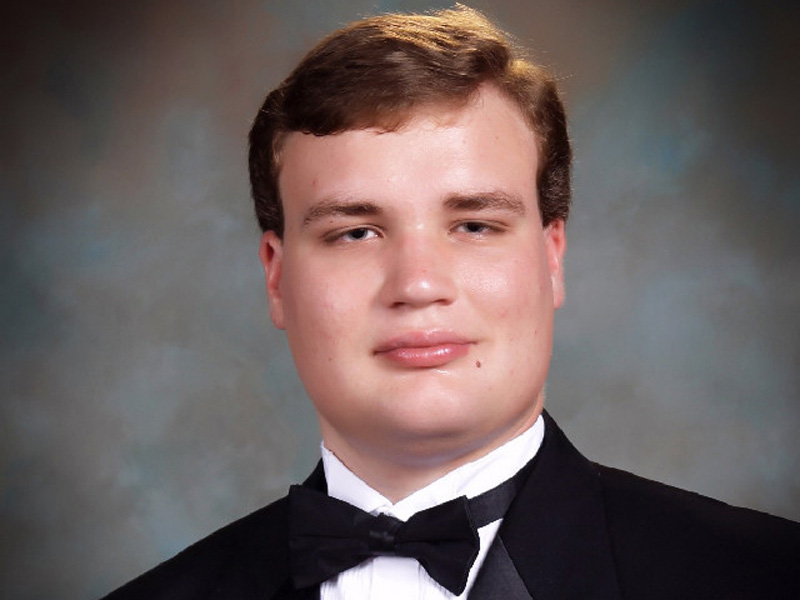 Thorsby alumnus Jerrett Posey ended his first year at Mississippi State University with a certificate of recognition from The National Society of Collegiate Scholars.

The honor takes into account not just a student’s success in the classroom but also their leadership capabilities and service to the community.

“It’s all about trying to reach the community and still maintain a high standard in you schoolwork,” Posey said.

Posey’s freshman year at MSU was full of new experiences.

As would be expected, there is a certain transition period for any new college student but especially coming from the small town atmosphere of Thorsby.

“I’m not going to lie, the first two weeks were borderline terrifying, because I didn’t know anybody there,” Posey said.

According to Posey, one of the initial shocks was the little things, such as doing laundry and finding something to eat were suddenly viewed with a lot higher regard.

However, as the opening weeks past by Posey began to get into a daily rhythm and the rest, such as making acquaintances seemed to fall into place.

One delightful surprise Posey found was the ease in which he was able to make connections and build relationships with people.

According to Posey, he had heard that it would be especially difficult to make friends at first being from a small town.

“I found that to be the opposite,” Posey said. “I got plugged in to the Baptist Student Union and a Bible study group there, and within the first two weeks, I had about 10 or 20 people that I was already talking with.”

Agricultural Communicators of Tomorrow is another group that he joined and is hoping it reaches club status in the fall.

It is only fitting that Posey would find a group connected with agriculture after his exploits over the years as part of Thorsby FFA’s national contenders.

He is also planning on majoring in agricultural communications.

Although the first year can consist of many general courses, he was able to take part in a couple of classes focusing on his field of study.

“They’ve definitely got me excited,” Posey said. “It’s such a broad field, and there is so many new things coming up available in it.”

According to Posey, there were moments during his freshman year when he looked and remember the lessons he was taught while at Thorsby School.

“In math for sure,” Posey said. “I took college algebra and trigonometry and honestly all of it was review.”

Some of the community service Posey took part in around campus and the area included helping to clean up around parks.

There are certain campus events that MSU puts on each year for high school students in the area. Posey is looking forward to being a part of that next year as well.

Posey attended all but two home football games during his freshman year and has become accustomed to the ringing of cowbells, a MSU tradition, after having to leave in the first quarter of his first game with a headache from all the ringing.

“It’s kind of weird, because you do get used to it,” Posey said.