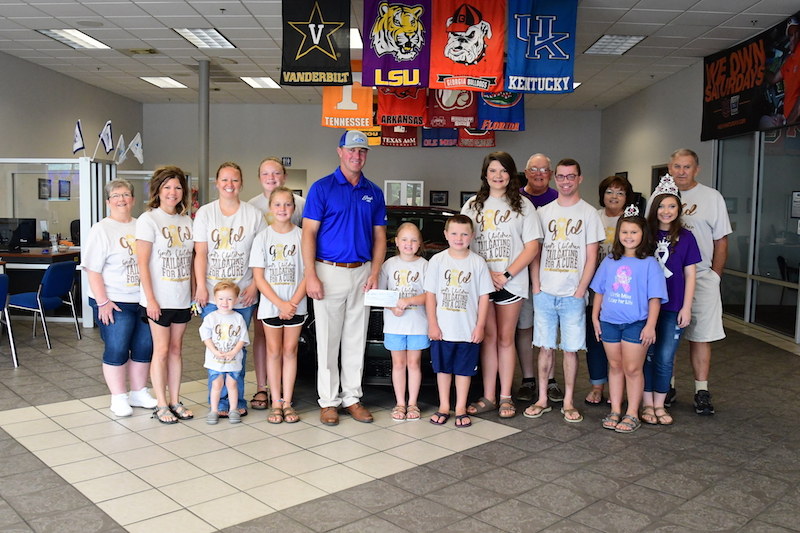 Sunny Mays of West End Baptist said they had heard about the opportunity from an employee.

“It was quite fun,” Mays said. “We set up here (the dealership) and drove cars.”

The funds were raised by the team during a Drive 4 UR Community event hosted by the dealership in April.

Each person who test drove a vehicle and filled out a form helped raise funds for the team.

Drive 4 UR Community events allow approved nonprofits to raise up to $6,000 based on the number of people who test drive vehicles during the event.

“It was wonderful,” Mays said of being able to raise so much money for the American Cancer Society with one event. “It is just great to see the community come out and support these kids that have survived and are still fighting.”

Tommie Baugh of Baugh Ford said “it was awesome” to be a part of raising the funds.

“This is a great opportunity for Ford to give back to the community,” Baugh said.

Childhood cancer survivors Lilianna Thompson and Caleb Harrison were present to receive the donation on behalf of the team.

Baugh said a variety of vehicles were driven during the event, and any new vehicle qualified for the fundraiser.

Baugh and Mays said the Mustangs and SUVs were popular choices during the event.