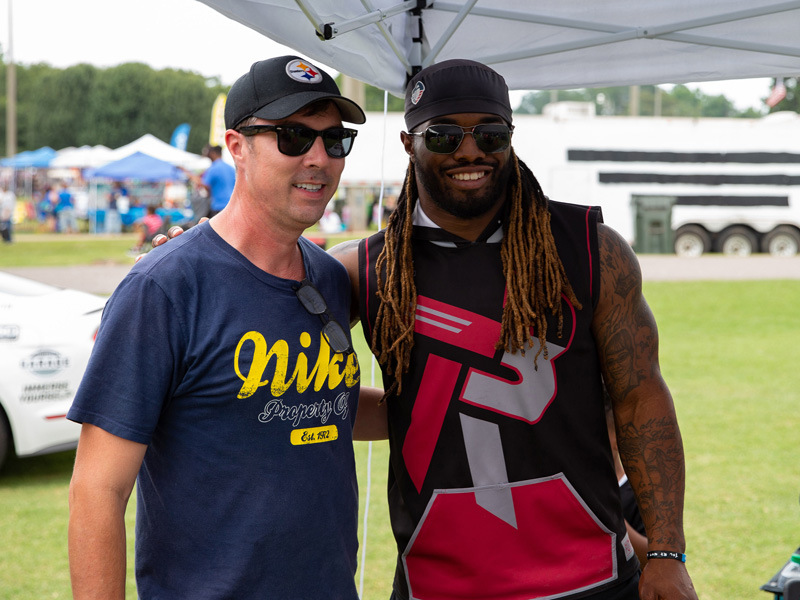 Former Alabama and NFL running back Trent Richardson made an appearance at Peach Jam and will now be the main instructor at a football camp in Thorsby on July 20. (File photo)

Thorsby youth football will host a camp on July 20 with former Alabama and NFL running back Trent Richardson as the primary instructor.

According to Joseph Allgood, whose wife is on the Thorsby Parks and Recreation board and is heading up the camp, the sessions will be designed to fit the needs of the various age groups.

“For a big star to come down to our neck of the woods is a big deal,” Allgood said. “It’s good for our kids. If you get the chance to play with Trent Richardson, it’s something they’ll never forget.”

The younger session will focus on introducing the game and fundamentals, while the older session will take it to the next level with more intensity and concentrate on honing a player’s skills.

“It’s going to be a little more strenuous for the older ones,” Allgood said.

Richardson recently attended Peach Jam, which is where he met Allgood and the conversation got underway about the possibility of getting involved with the camp.

“If it does well, we could get more people,” Allgood said.

The camp will take place at Susan Bentley Field on the campus of Thorsby High School.

Registration is $30 and will include an opportunity for autographs to go along with the drills.

It will serve as a fundraiser for Thorsby’s youth football league and a catalyst to draw interest to the league heading into the fall.

Members of the Alabama Rams, a semi-pro team, will also be volunteering their time as part of the camp.

The best way to sign up is by visiting the event page on Facebook at Trent Richardson Football Camp Thorsby. There you can click on the link to the registration form.

Sign-ups can also take place the day of the event, but reserving a spot ahead of time is recommended.

For more information or questions about the event contact Allgood at (205) 245-3851. He can be reached anytime by text or by call after 4 p.m.