Up in the air: Singleton recounts years spent as airline pilot 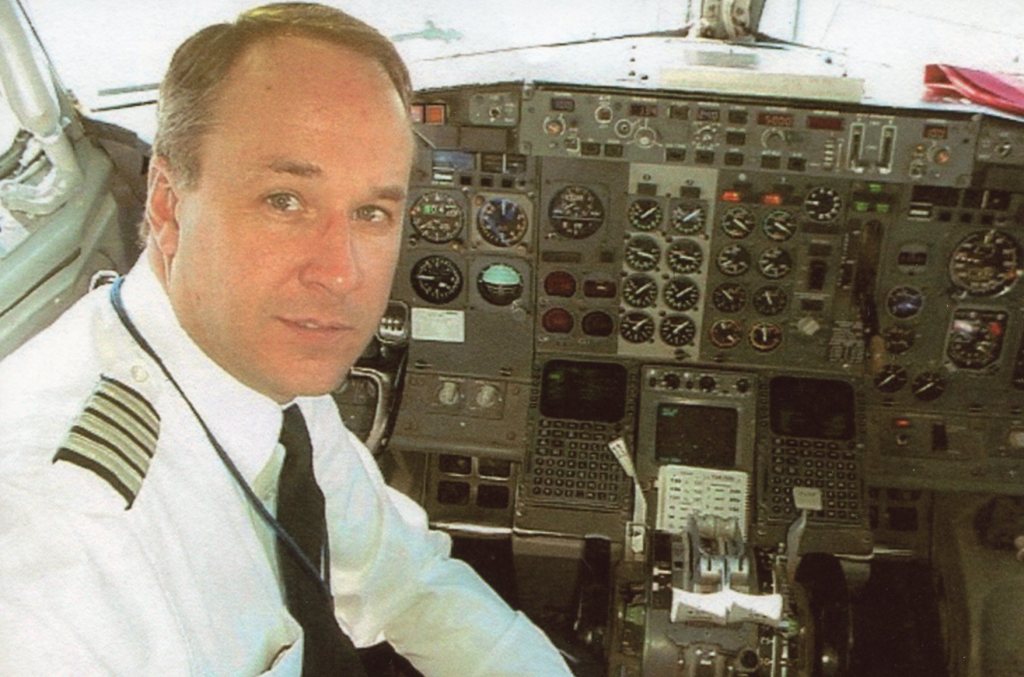 Billy Singleton spent 21 years as a pilot and instructor for commercial airlines. (CONTRIBUTED)

Billy Singleton is a well-known figure around Chilton County.

He took over as president of the Chilton County Chamber of Commerce in January and has helped put on the organization’s many events since that time.

He is a board member for the local airport, and his love of history has lead to his involvement with many different local activities.

But did you know that Singleton spent 21 years of his life as a pilot and instructor for commercial airlines?

“I started learning to fly when I was in high school,” he said. “I qualified for a pilot certificate when I was 17. I never had any other aspirations than to fly airplanes. I probably suffered grades wise in high school because my interest was in aviation. Back in those days, no high school curriculum involved that, but I had a lot of teachers who facilitated that interest and let me do projects for school credit. After high school, I stayed on the track to become a professional pilot.”

Singleton got his first flying job in Monroeville at age 22.

Three years later, he was hired by Piedmont Airlines and went to live in Winston-Salem, North Carolina.

“That was my dream,” he said. “Piedmont Airlines through mergers became U.S. Airways, and American Airlines today is the surviving company. I was able to be there 21 years, and I spent a large amount of that time as an instructor for them. I would teach the new hires, and when an individual became a new captain I would go out on their first trips with them, and I loved it. I got to meet some amazing people and experience some amazing things. I got to see a significant part of the world.”

During his time as an airline pilot, Singleton flew into 46 of the 50 states and many places internationally.

“I got to see a lot of the Caribbean, Mexico, Canada, Germany, Scotland and France,” he said. “It was difficult for me because the time changes. We would leave Philadelphia at 8 p.m., fly through the night and turn around and come back the next day. I transferred to the Caribbean and Mexico, and I enjoyed that.”

Singleton was certified on nine different aircraft by the time he left U.S. Airways, from smaller craft up to 767s configured to carry 232 people.

“Eventually the company became so big, and we were changing bases so much we decided to move back to Alabama when Sylvia and I got married in 1988,” he said. “I needed to be close to Birmingham. Sylvia and I got in the car one day and started driving looking for where we might find a place to live and be happy. The minute we passed into Chilton County we knew where that would be. We couldn’t describe what it was, but we knew it was so much like what we left in Monroeville that this was going to be our home.”

Singleton was in the air when tragedy struck on Sept. 11, 2001, an incident that “changed everything” for the industry.

“I was flying between Birmingham and Pittsburgh that day,” he said. “It was such a unique and unprecedented event. It was a beautiful, clear day. It was so cool and nice. We had begun our descent into Pittsburgh. The announcement had already been made in the cabin we would be landing in Pittsburgh in 15 minutes.

“Then the call comes over our air traffic control frequency, due to a national emergency all aircraft are directed to land at the nearest suitable airport. That was it. There was such a small amount of time to react and get the aircraft on the ground that no one knew what was happening.

“I remember landing and rolling up. Most of the passengers were getting their stuff ready. Nobody looked out the window and realized we’re not in Pittsburgh, we’re in Parkersburg, West Virginia. A flight attendant caught it. She called up to the cockpit and asked ‘what’s going on?’ I didn’t know what to tell her.

“We went into the terminal, and cellphone technology wasn’t what it is now back then. You couldn’t call anybody. I couldn’t call home or get in touch with anybody for six or seven hours, which was troubling.

“All we had were the CNN screens in the small terminal building, and it was obvious then what was happening. For the entire United States air transportation system to shut down within just a few minutes, it was unprecedented.”

Singleton said he was on the road three out of every four weeks, and that amount of time away from home was putting a strain on his family. He eventually decided to leave the airline industry and take on a job flying smaller corporate aircraft out of Birmingham in order to be back home more often.