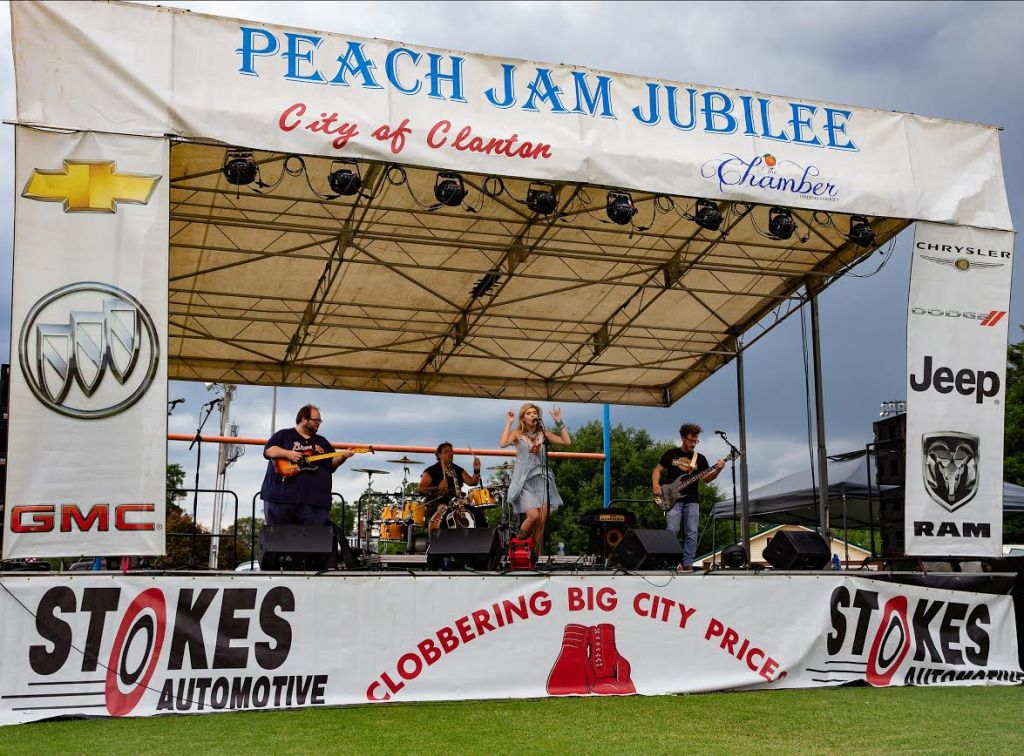 Peach Jam 2019 is in the books, and the event marked another successful year closing out the Peach Festival.

The event was moved to Saturday during Peach Week and took place at Clanton City Park on June 29. The Chilton County Chamber of Commerce hosts Peach Jam each year.

“I thought it was a hit,” said Chamber director Francine Wasden. “The music was great, and I think everyone enjoyed it. I think people liked the new layout. It made the vendors more accessible and let people gather around the stage in the center.”

Charity Bowden was 45 minutes into her set when lightning in the distance brought everything to a halt. The delay lasted about 45 minutes.

When things resumed, it was time for Jackson Capps to take the stage, and the rest of Peach Jam went off without a hitch.

“We moved the stage to the north end zone so that way everyone had room to put up their chairs and blankets,” Wasden said. “Both groups did a great job.”

Wasden said she has heard many positive comments on the event. She believes the number of people who came to city park across Peach Jam’s seven-hour run time numbered in the thousands.

There were around 135 vendors that signed up, so many in fact that some that had to be turned away that had not reserved spots before the week of the Peach Festival.

Trey Caton took the lead in hanging up the large American flag that flew over the event, aided by local authorities. He was also over the Touch-a-Truck event that took place at city park before Peach Jam officially began.

“I would like to thank all of the volunteers who helped out,” Wasden said.

Peach Jam ended with a countdown into a fireworks show. Wasden said there was still a big crowd left to see them.

“We want (Peach Jam) to grow,” she said. “We’ll start planning now for next year. If anyone has any comments, feel free to call the Chamber. We would love to hear them.”