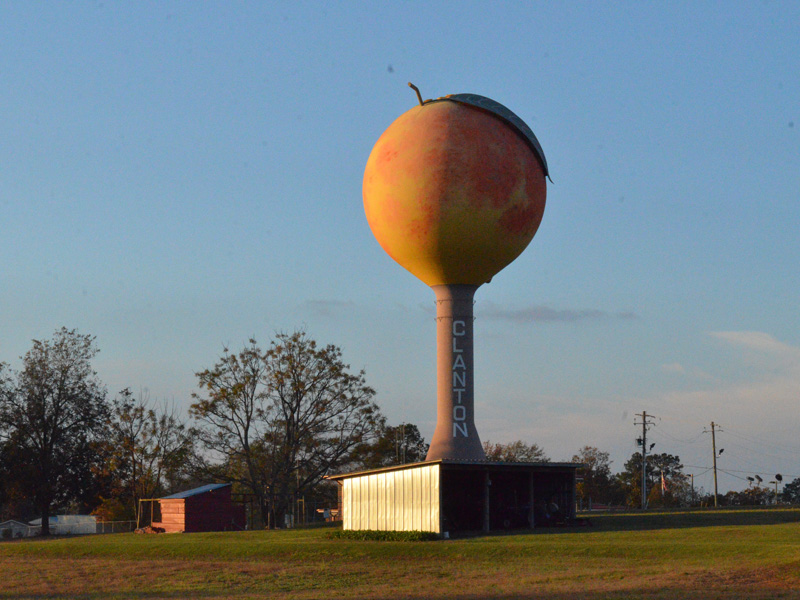 Exit 212 in Clanton is the primary focus of future growth with the current master plan. (File photo)

Chilton County’s master plan for Exit 212 appears to be moving right along following a kickoff meeting on June 27.

Members from the Industrial Development Board, Clanton City Council and Chilton County Commission were on hand to discuss the current status of the plan along with members of the public who attended the event.

According to IDB director Whitney Barlow, the public invests with taxes so that the private sector can grow and take over.

The plan is being overseen by Chambless King Architects, which also helped head the revitalization project of downtown Montgomery that has taken place over the past decade.

Robbin Gregory with Gonzalez-Strength & Associates will handle the land-planning portion of the project, while Tom Lavash with WTL+A will conduct the economic analysis.

Gregory has worked on the land planning for golf clubs along the Robert Trent Jones Golf Trail in the past. He was present during the meeting along with Chambless King representative Jana Cordell.

Both the economic and physical studies will play an important role in helping determine the best way that the growth of Exit 212 could take shape.

According to Gregory, he will get topographic maps of the land at Exit 212 and look at it from a physical standpoint. The info gathered will be used to develop a site analysis.

“We’re not here to tell people what to do with their property,” Gregory said. “We’re here to show the possible best use of the land and adjust as needed.”

The current timeframe that both studies are estimated to be completed is around December.

“We’re ahead of schedule,” Cordell said.

According to Lavash, the economic analysis will include various population data, such as the income and demographic sectors that make up Chilton County in an attempt to find out where the strengths and weaknesses are within the local economy.

One of the points that was stressed throughout the meeting was the goal of the plan was to be delegated in increments over the next five to 10 years and will be based on economic cycles.

There was also an interest expressed in keeping an eye open during the land planning process for areas that would make for possible bike trails and dog parks around Exit 212.

The master plan is in place so that the county will have the best idea of predicting which economic catalysts will be the best fit moving forward.

According to Lavash, catalysts can be anything that spawns from the Alabama Farm Center’s presence in the county. It includes hotels, grocery stores, etc.

A retail plan is contingent on the master plan and economic study to help point out where the most marketable locations will be.

“Even more importantly than getting them [visitors] to stay here, is to get them to come back,” Lavash said.

One of the assurances passed to the public during the meeting was that once the master plan is in place, it will serve as a guide for future Commissions and Councils to follow.

As new politicians get voted in and out, the plan should remain the same as long as the groups continue to adopt it.

“This is a living document that will help you get where you want to go,” Cordell said. “It will give you something to watch develop.”

Public meetings will be held to discuss the master plan on July 15, 16 and 25 with each beginning at 6 p.m. in the Alabama room at the Alabama Power Building in Clanton.