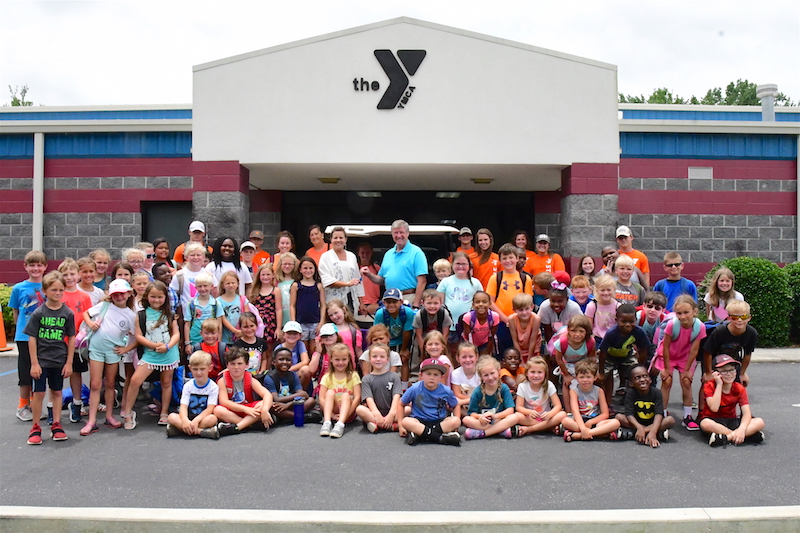 The YMCA of Chilton County recently celebrated the donation of a golf cart to be used during summer camp.

Allen Caton had heard about the need from Joseph Parnell and had an extra golf cart.

Caton said he had bought the golf cart about two years ago from a family needing to sell it to have money for funeral expenses.

When Caton tried to sell it later, after adding a windshield and rearview mirror, there were not really any buyers.

“God has a plan,” Caton said. “It was just meant for me to buy that golf cart to help that family, and then give this golf cart to the Y to help this family.”

“During our summer camp program we are very active,” Patterson said. “We go to the pool. We go to the pavilion. We go to the tennis courts. Some of them that have difficulty walking, it is used if we are far away from our main campus and a child needs to be checked out … we have been using it to go pick up that child and transport them back here.”

Patterson said she had been trying for over a year to get a golf cart for the program.

“This year we have more children in the program that have physical disabilities,” Patterson said. “We have used it a lot already.”

Caton said Howell’s Small Engines did all of the work for free.

State breaks 4 employment records in May