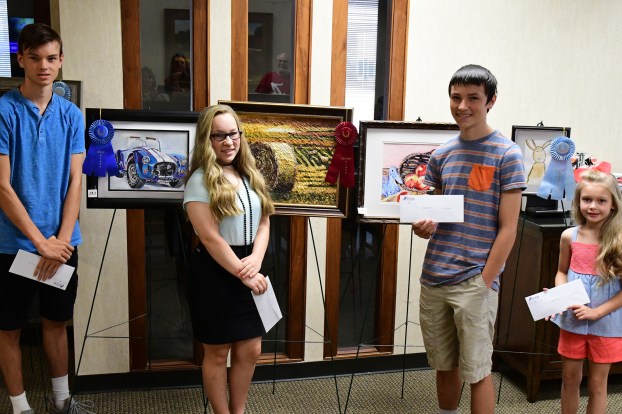 The winners have been selected in the 35th annual Roy Wood Peach Festival Art Show contest hosted by River Bank & Trust in Clanton.

Aiden Turner, 14, took first place in the youth division for the fourth year in a row for his painting of a Shelby Cobra.

He said he has been painting all his life and has competed in the art show for the past six years.

“I always liked doing it as far as I can remember,” he said. “It’s always been fun.”

He said he prefers realism and getting as much detail as possible into a painting.

The winner of the senior division was Tommy Crumpton and his painting of a building near water.

Aiden Turner and Foshee both received $100 for coming out on top. 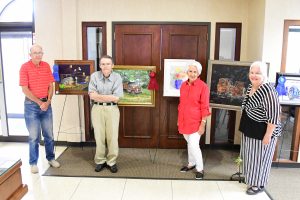 Blencowe and Foshee received $75, Luke Turner and Rowland got $50 and Ellison and Teel received $25 as prizes.

There were 11 participants in the senior division but only four in the junior group this year.

Aiden Turner said he wishes the number of youth competitors would go back up like in years past.

“It was fun, but it definitely wasn’t as fun this year as the first couple of years,” he said. “Those years this place was just filled with paintings, really good ones. Participation in the junior division has gone down, senior division seems bigger now. It’s a lot more fun with more people.”

The exhibit will be displayed at River Bank & Trust through June 26.

The event is part of the Peach Festival each year and helps to kick off the week of festivities.