Week of classes for law enforcement held at Jeff State 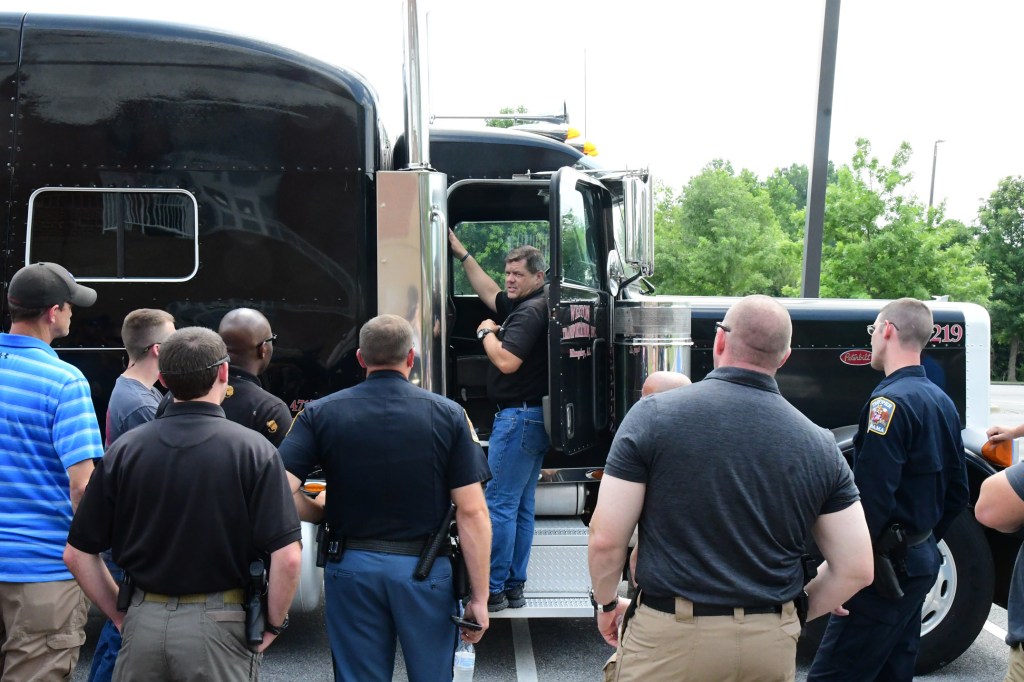 Robbie Autery with the 17th Judicial Circuit teaches a class on how to spot telltale signs of tampering on tractor trailers in order to hide drugs or other contraband. (J.R. TIDWELL/ADVERTISER)

Members of local law enforcement convened at Jefferson State Community College Chilton-Clanton Campus throughout the week in order to gain training and instruction on different topics.

Robbie Autery of Chilton County with the 17th Judicial Circuit Drug Task Force led a class on June 21 that sought to teach patrol officers how to spot telltale signs of tampering on tractor trailers in order to hide drugs or other contraband.

“We have an influx of drugs coming into our country that is killing our communities and leading to overpopulation in our correctional facilities,” Autery said. “It is more important now than ever to get this stuff off our streets.”

Autry said he teaches classes around the country, over 100 a year, as part of the Drug Interdiction Assistance Program.

Autry said tractor trailers are one of the most popular methods for drug traffickers to attempt to send illicit substances across the country.

He showed the class slides before giving them hands-on lessons on an actual 18-wheeler in the parking lot provided by Richard Holler of Weston Transportation in Billingsley.

Autry showed different signs of tampering to watch out for and different areas that could be retrofitted or faked to hide contraband.

He said he is so accustomed to searching such vehicles that he and other members of his unit will go through five or more uniforms a month due to getting them dirty with grease and the like.

“We have had so much success in finding drugs in commercial vehicles that DIAP wanted us to teach other officers so they know what they are looking for,” Autery said.