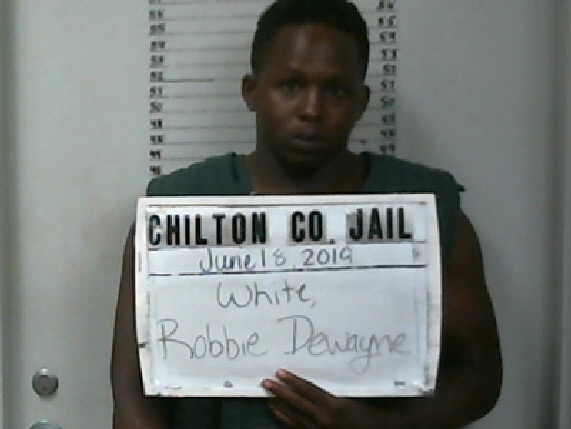 Robbie White was taken into custody by Clanton police after fleeing from a court date on foot June 18. White fled the scene after being told he was under arrest on a warrant for a prior offense. (CCSO)

A Clanton man was taken into custody by members of the Clanton Police Department on June 18 shortly after fleeing from a court appearance.

According to Capt. David Clackley with CPD, 21-year-old Robbie Dewayne White was making an appearance at city court held at CPD for a DUI when he was informed that he was being arrested due to a warrant for a prior offense.

Upon hearing this, White allegedly ran through the door and fled the building on foot.

Clackley said White ran through BB&T Bank, through the Clanton City Hall parking lot and past the tag office before finally surrendering without further incident near South First Bank at the intersection of First Avenue and Fifth Street.

White was admitted to the Chilton County Jail at 3:02 p.m. and charged with third degree escape, a felony charge, and attempting to elude.