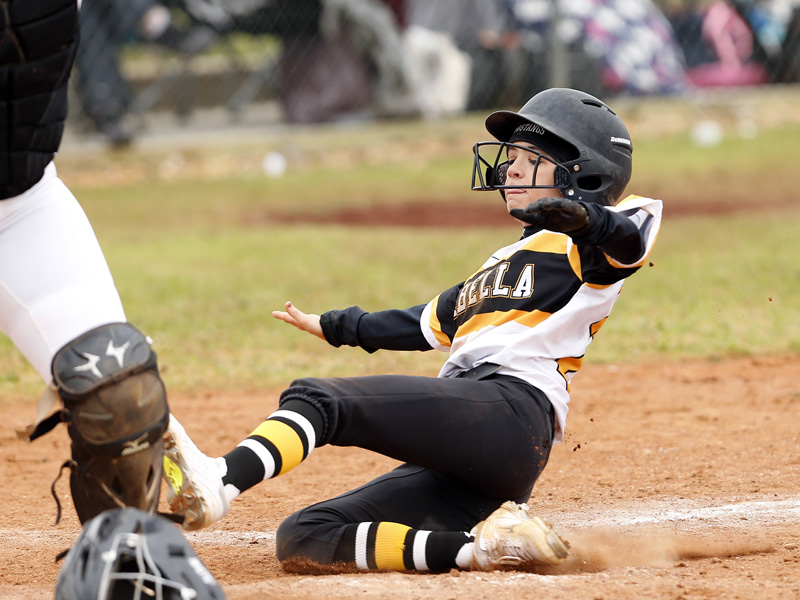 The Isabella varsity softball team will have a familiar face leading the way next season after Kacie Adams was recently named head coach.

Adams is an Isabella alumna and soon to be a graduate of Judson College.

She played softball and volleyball at IHS before taking her talents as a softball player to the next level.

“I wasn’t expecting to have a job at Isabella right off the bat,” Adams said. “It kind of fell in my lap.”

Adams officially gets her teaching degree from Judson when she graduates June 29.

Not only will the upcoming school year be her first time as a full-time teacher, but also as a head coach. She also takes over as the middle school volleyball coach.

One of the things that she has done to promote a smooth transition is to make it a priority to surround herself with a coaching staff that understands the game and the program.

The fact that she went to Isabella is something she is looking to use as an advantage, especially early on in the process as she develops relationships with her players.

Structure is one of the main takeaways that she learned during her college career. She looks to take what she’s learned into the coaching realm.

One form of structure Adams will implement is introducing a certain way of starting practice, with hopes of presenting the opportunity to players so that they can take more initiative and “self-regulate”.

According to Adams, she will bring a hands-on approach with her coaching style.

“The way that I think really helps the girls is if you’re really hands-on,” Adams said. “You bring the intensity but you also know their [players’] limits.”

As a new coach, Adams realizes the importance of making sure that the seniors and veteran players on the team are on the same page and they are able to see the big picture of what she is trying to accomplish.

“It’s never going to be the same when you get a new coach, but if they [seniors] jump on board, then the rest of the team will follow,” Adams said.

She was able to watch the team during its trip to the regional competition.

“I wanted to see how they performed at a higher level,” Adams said. “It was very promising.”