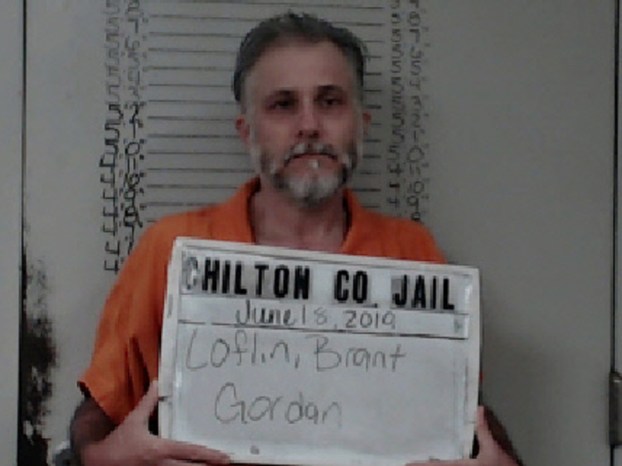 Brant Loflin of Thorsby was arrested on June 18 after firing a shotgun in his front yard and then barricading himself in his residence. (Contributed photo)

The Thorsby Police Department responded to shots fired at 100 block of Crumpton St. on the evening of June 18 and arrested 51-year old Brant Loflin following a lengthy standoff.

According to TPD Chief Rodney Barnett, Loflin discharged a shotgun in his front yard and then barricaded himself in his residence.

The shotgun was fired with children in close proximity within the neighborhood.

After negotiation attempts failed to get Loflin out of his home, the Chilton County Sheriff’s Office SWAT team was called in to assist with the situation.

The SWAT team threw tear gas into the house but Loflin remained inside, so they had to bust in and retrieve him themselves.

When SWAT arrived inside they found Loflin holding his gun with two bags of ammo close by.

Loflin has been charged with reckless endangerment, menacing, discharging a firearm within city limits and obstructing governmental operations.

He is currently in the county jail.

Nearly all of the county’s police departments were present at the scene with members of CCSO, Jemison and Maplesville helping with the intense situation.

Barnett is thankful that the issue was resolved without any injuries.

“It’s stressful, but in the end you can breath a sigh of relief knowing that nobody got hurt,” Barnett said.

The Town of Thorsby will once again participate in the Back to School Sales Tax Holiday set for July 19-21... read more