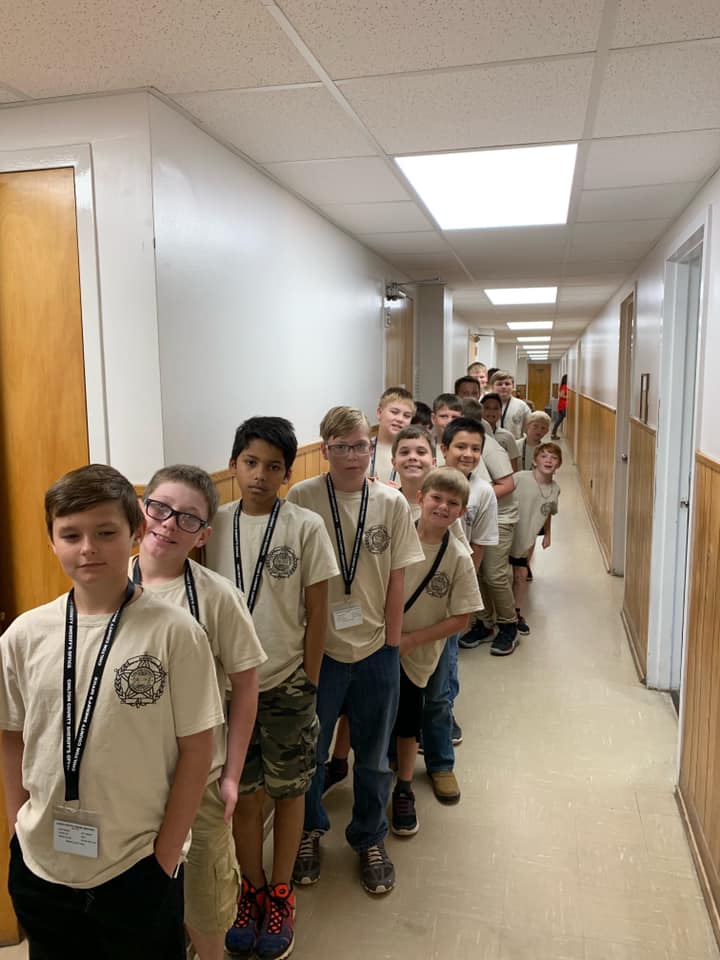 Children from across Chilton County got a chance to participate in a weeklong Junior Deputy Academy June hosted by the Chilton County Sheriff’s Office in conjunction with other local law enforcement agencies. (CCSO)

The event lasted from 8 a.m. to 3 p.m. each day and took place in a few different venues, most notably the Conference & Performing Arts Center at Jefferson State Community College Chilton-Clanton Campus and the Chilton County Courthouse.

Dan Wright, the executive director of Chilton County E-911, spoke to the kids about

“how 911 works, their role in the emergency response system and the future of 911,” according to a social media post by CCSO.

The class toured a sheriff’s patrol vehicle and respond to a burglary scenario after learning about the patrol division.

Investigator Steve Brock ran the class through some physical exercises before attendees were presented with a mock crime scene on the second day.

“Chief Investigator Shane Mayfield spoke about the many roles and responsibilities that an investigator has within the Sheriff’s Office,” according to the post. “The class then broke off into groups to process the mock crime scenes with Investigators Jennifer Bland and Rodney Hurst, and Lieutenant Lee Faulkner.”

“The class then had the privilege to hear from Clanton Police Department’s Narcotic Sergeant Dewayne Bone. The class worked as a team and performed a mock narcotics undercover operation and captured the offenders buying and selling narcotic drugs.”

“The class learned about what Butterfly Bridge CAC does and how they work with the local law enforcement partners to keep kids safe,” according to a post.

“The class then had special visitors from ALEA’s Aviation Division. The class was able to hear from the Tactical Flight Officer Joey Hamilton and Pilot Dave Williams and tour their helicopter.”

School safety coordinator Mickey Hardwick of the Chilton County Board of Education also spoke to the class about school safety.

The CCSO Special Operations (SWAT) team spoke to the class, displayed some of its equipment and held a mock breaching of a building.

The fourth day began with physical tests similar to those administered at an actual deputy academy.

“The class was visited by Evidence Technician/ Deputy Jamie Johnson,” according to a post. “The class learned how to process the evidence they retrieved from the mock crime scenes and the importance evidence plays in an a criminal case.”

The class sat in on a mock trial that was meant to “bring justice to the offenders we had in our mock crime throughout the week.”

“We want to thank everyone that came to the Junior Deputy Academy, and a big thank you to all of our sponsors that made this week possible!” CCSO said in a post.