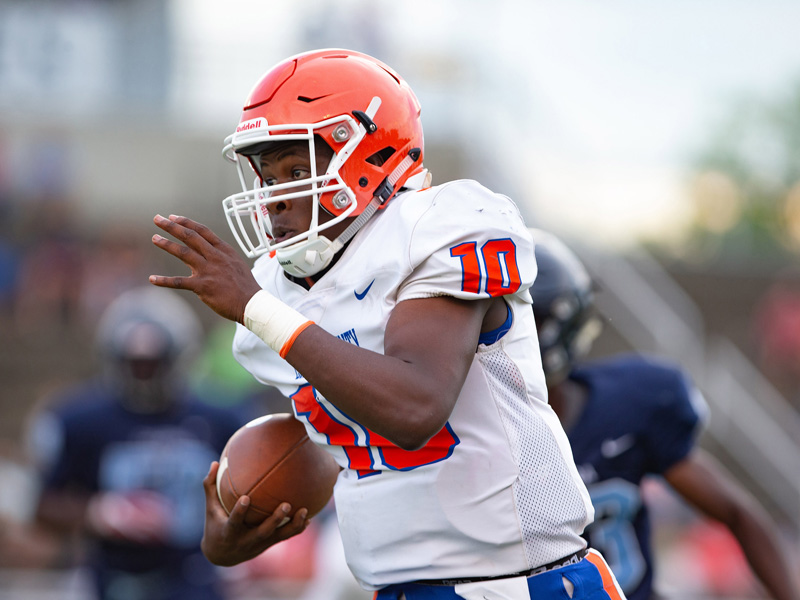 Chilton County High School starting quarterback Shi-Keem Laister has had an exhilarating recruiting process so far, and his senior season has yet to begin.

Laister received his first scholarship offer from a “power five” school over the weekend after Rutgers University officially reached out.

Rutgers University plays in the Big Ten Conference, which is considered among the upper echelon of FBS leagues.

Laister sent out a thank you to the school for their offer via Twitter.

It is the 15th scholarship offer he has received since he received his first from Central Michigan in January.

His 15 offers also include an Ivy League school, three service academies and state interest from UAB and Troy.

His performance at various camps that he has participated in has helped get his name on the radar of schools across the country.

“It’s been exciting for me,” Laister said. “This is a dream for me, because every kid doesn’t get the chance to talk to these big-time schools.”

According to Laister, he has embraced the hectic nature that comes with college recruiting and has learned to balance the interest from a multitude of schools.

“I’m blessed to be at the point where I’m at,” Laister said. “My parents probably get more excited about this stuff than I do at times.”