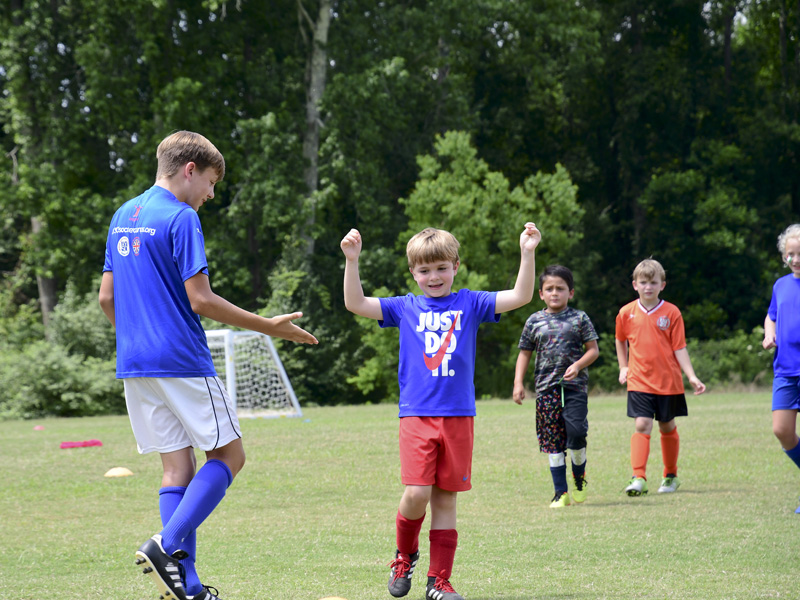 The YMCA is holding its annual summer soccer camp June 10-14 as it continues to do its part in helping grow soccer interest throughout Chilton County.

The Y partners with U.K. International Soccer to bring in instructors from outside the United States.

This year’s three instructors each came from England, including Lachlan O’Connor who oversaw participants from 11 to 15 years old. Children ages 4 through 15 took part in the camp.

“It’s one of the best groups I’ve seen in terms of behavior and ability,” O’Connor said. “It’s quite up there. There a driven group and a lot of them have played.”

According to O’Connor, the ones who are newer to the game get supported and “picked up” by the more experienced ones.

The camp format consists of learning basics in the morning and scrimmaging in the afternoon.

“What they learn in the drills, they take into the games,” O’Connor said. 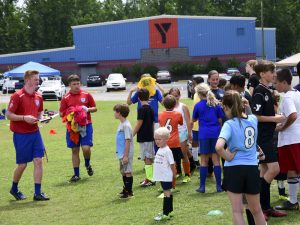 Children ages 4 to 15 took part in the camp. (Photo by Anthony Richards)

Each day focused on a different skill. These tactics included passing, control, dribbling, shooting and turning.

“At the end of the week, you’ve got all that training,” O’Connor said. “Hopefully, they remember some of the things they’ve learned and take it into the next camp to build on it even more.”

O’Conner is in his third year as an instructor, but it was his first time coming to Alabama.

One of the things he was most impressed by was how well-mannered and respectful the kids are toward the instructors.

“I’ve never been addressed as sir before,” O’Connor chuckled. “They all address me as sir instead of coach, which is nice. I feel like some sort of celebrity.”

Even though the camp is only a week long, the instructors and the players are able to build a relationship during the short time.

“It’s fun getting to know them and what they’re about,” O’Connor said.