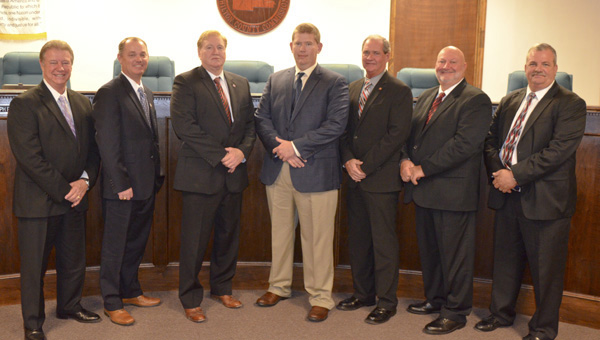 The Chilton County Commission approved a partnership with Grant Management during its June 11 meeting. (File photo)

The Chilton County Commission approved the service of Stacy McKean with Grant Management to help the county apply for an ADECA community block grant during its meeting on June 11.

Commissioner Matt Mims requested the resolution to start the contract with Grant Management.

The partnership was unanimously approved after Grant Management was the only company to respond during the county’s advertisement and search for grant writers.

McKean drove around the county with County Engineer Tony Wearren and is considering various roads that would be “great prospects” for the grant.

According to Wearren, they are aiming for a grant worth about $153,000 to help with road improvement.

Wearren stated certain requirments must be met in order to qualify for this particular grant.

This grant intended to go towards roads in moderate to low-income areas.

Higher populated areas also have a better chance of being awarded the grant.

“We looked at all the potential roads that might qualify,” McKean said during a work session prior to the meeting.

Applications are due July 22.

“It usually takes until September to get word back,” McKean said.

McKean estimated spring 2020 would be an acceptable time to expect the start of the project if chosen for the grant.

Commissioner Steve Langston informed the Commission that he has been keeping track and the Sheriff’s Office has lost 28 employees over the last 19 months due to salary issues.

Allen Caton and Jimmie Hardee both informed their fellow commissioners of their intentions to run for the open seat in the District 42 Alabama House of Representatives.