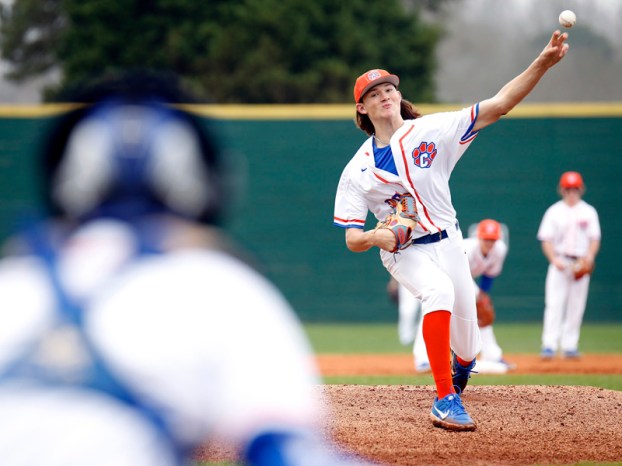 Pico Kohn of Chilton County High School is The Clanton Advertiser’s 2019 Baseball Player of the Year after a season that can only be described as flawless.

Kohn was a machine on the mound and finished with a record of 10-0.

He was a continued nightmare for opposing batters. In 75 innings pitched, he struck out 125 batters compared to surrendering just 20 walks.

“To be chosen out of everybody who plays in the county,” Kohn said. “I’m humbled by it.”

One of the more astounding stats is that he only gave up one earned run throughout the entire season.

The result was an unearthly .093 ERA.

Kohn went through two separate stretches during the season where he pitched more than 25 consecutive scoreless innings.

According to Kohn, the recipe to the success during his sophomore year is an increased confidence, which was something he did not have during an average freshman campaign.

Not only did he grow in confidence individually, but the team also made strides and came up just short from reaching the semifinals in Class 5A.

“This year got it started, but the next years is where we’ll really get it going,” Kohn said. 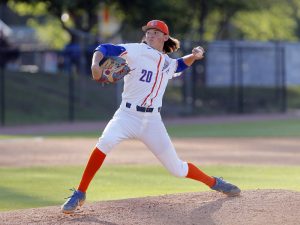 Kohn put on a show for the CCHS fans each time he took the mound. (Photo by Brandon Sumrall/Special to the Advertiser)

Although he got his first baseball glove when he was 4 years old, he did not start playing competitively until he was 8 years old.

“My dad waited on me to tell him that I wanted to play,” Kohn said.

He continues to fine-tune his mechanics, which a lot of them he has learned from his dad, who played college ball.

One of the pitches that Kohn added to his arsenal this year was a slider that proved to be a potent pitch for batters to get a read on.

“It looks like a fastball, but then it breaks late and has movement on it,” Kohn said. “Most of the time, I’ll throw it if I’m in a tight situation.”

Kohn was a workhorse on the mound and someone that head coach Ryan Ellison knew he could rely on to go deep into games whenever he handed him the ball.

“I don’t want to be the guy who doesn’t go as far as he can to help the team out,” Kohn said.

Against Briarwood in the third round of the playoffs roughly 91 of the 105 pitches he threw were fastballs.

His fastball speed hovers between 84 to 87 mph with his top speed clocked during the regular season against Marbury.

According to Kohn, it can take him awhile to get in a rhythm, which means he gets stronger with each inning that passes but can also be susceptible in first innings.

He has found that adversity is one of the best ways to quickly get him in a groove on the mound.

Kohn is currently a verbal commitment to Mississippi State, but he is also keeping his hopes up to get drafted in a couple of years.

“Whatever God has in store for me,” Kohn said.

Giles’s breakout season leads to player of the year