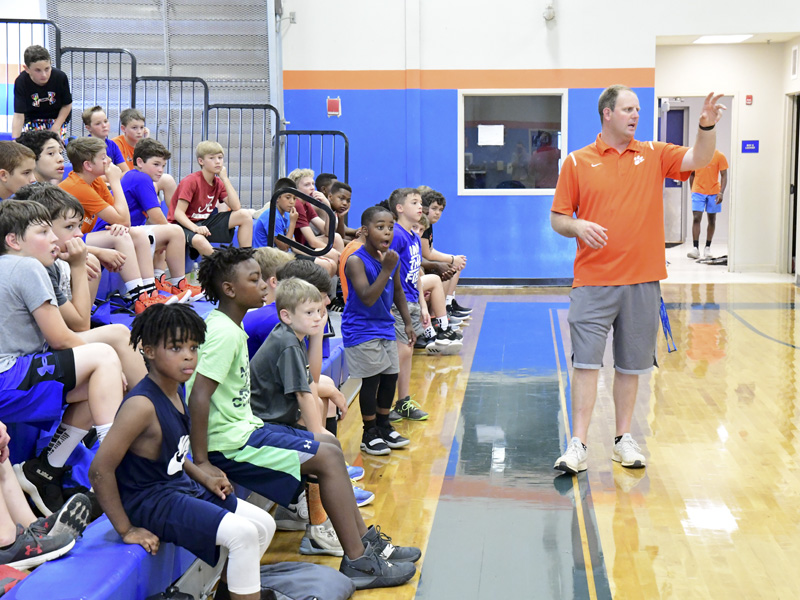 Clanton Middle School basketball coach Thomas Hughes continues to do his part in helping grow the game in Chilton County.

According to Hughes, he has seen visible growth from year 1 to year 2 of the camp.

“One of the biggest things that I’ve seen is the kids wearing their shirts around the community,” Hughes said. “That shows that they enjoyed it.”

Each participant received a T-shirt and basketball at the end of the three days.

Four players from the high school program were helping run the drills during the camp.

“They are all my players from when I coached them in middle school,” Hughes said. “They’re a combination of talent and hard work.”

Ja’Kobi Albert was one of the players helping out. He also assisted in the inaugural camp. 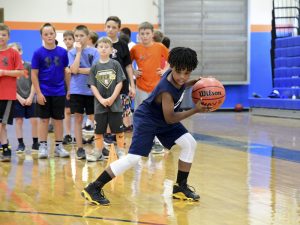 “The kids are awesome and well-minded,” Albert said. “It’s good to have kids who actually care about the game.”

According to Hughes, it is important for the younger players to have that personal interaction with those who they wish to be like one day.

“It’s crazy to think that these kids actually look up to me, because I just play the game,” Albert said. “I remember going to camps like this, so I just try to set a good example for them.”

Several of the drills focused on the fundamentals of ball handling, which Hughes holds in high regard.

“It’s a skill that can be underdeveloped,” Hughes said. “Everything they learn here, they can take it home and practice. You can find a wall and pass the ball to yourself.”

According to Hughes, a sign of basketball’s growth in the county is the fact that Clanton and Jemison Middle Schools both have a seventh and eighth grade basketball team.

That is a sign that an interest exists for the game and the next step is to maintain and build that fascination.