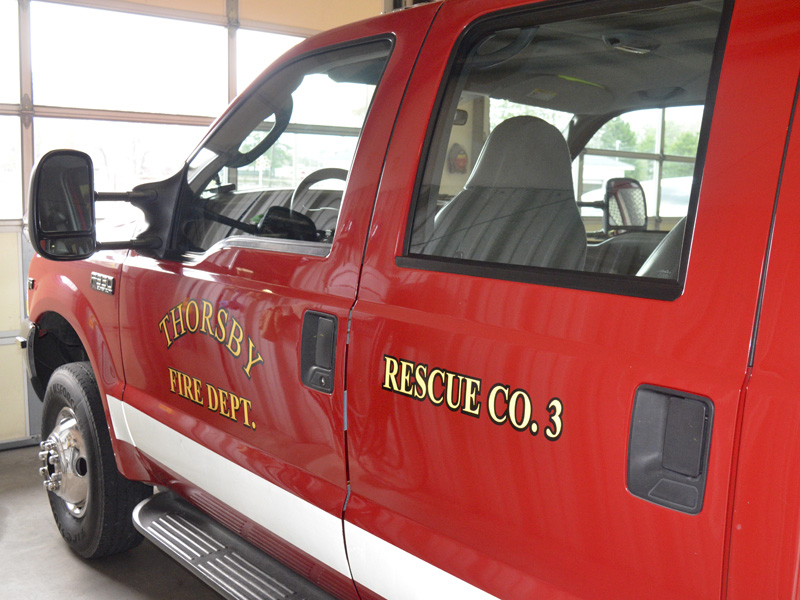 Thorsby Fire Department’s new chief is Josh Parker. He has been part of TFD for about three years, while also spending the past five years with the Alabaster Fire Department. (File photo)

One of his main goals is to “clean up” the mindset surrounding the Thorsby Fire Department.

“I want our guys to know their job, do their job and love people,” Parker said. “We’ve gotten away from that in a sense. Being able to help people means a lot to me, and it will mean a lot to us [as a department].”

According to Parker, he hopes to instill an understanding of why they do what they do as members of TFD.

“It’s important to remember why we’re here and who we’re serving,” Parker said. “Don’t take any of this for granted. We’ve got one of the few jobs in the world that have the ability to positively affect people in some of their worst times.”

Parker has been a part of TFD for about three years, as well as the Alabaster Fire Department for the past five years.

He is a certified paramedic and has completed the Firefighter I and II training program.

There are certain aspects of the job that Parker will continue to learn during his time at Alabaster.

Although Alabaster is not equivalent in terms of being a full-time operation compared to Thorsby being a part-time outfit, there are still approaches that he believes can be adopted and transitioned into the way TFD does things.

“We’ve got great leadership at Alabaster with some well-renowned guys,” Parker said. “I’ve had the opportunity to see how they do things, and they’ve got a lot of great ideas.”

He grew up in Thorsby and graduated from Jemison High School in 2007 before earning a bachelor’s degree from Falkner University.

“I got out of college and bounced around in the corporate world and didn’t really have a purpose,” Parker said. “It [firefighter] was a career that had some substance to it.”

The Thorsby Fire Department currently has six available on-duty personnel that rotate shifts Monday through Friday. No one is on shift during the weekends.

“The brotherhood of being in a fire department is a unique work environment,” Parker said.