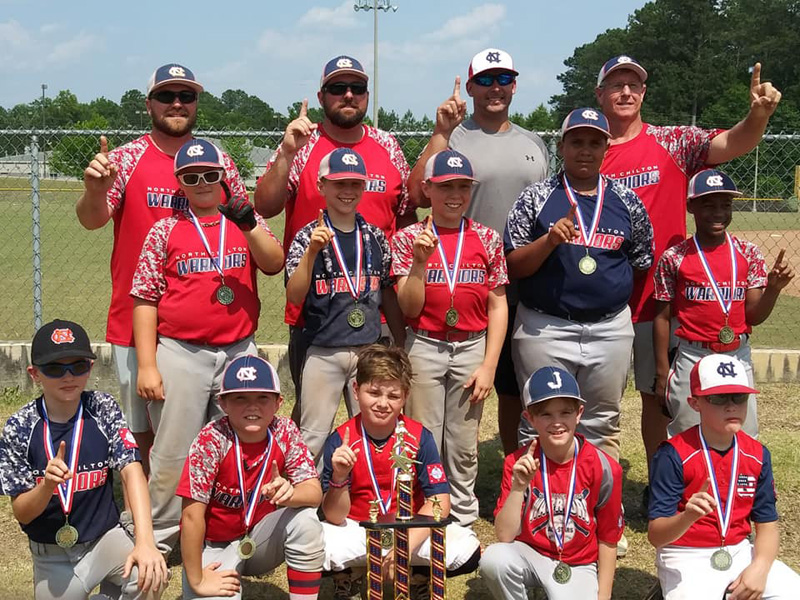 It was an all-Chilton County championship game with North Chilton 10U defeating Clanton 10U 10-0 to claim the top spot.

The stellar outing on the mound could not have come at a more crucial moment.

However, it was not just pitching that proved the difference in the final outcome, but North Chilton’s batting order also came alive and plated double-digit runs as a result.

North Chilton ran through the tournament and won all four games it played, including matchups against Chelsea and a pair of games with McCalla prior to the title game.

One of the victories against McCalla came in dramatic fashion when Levi Wilkins hit an RBI single that scored Adrian “PeeWee” Davis for a 3-2 walk-off win.

North Chilton has eight players from last year’s squad that made a deep run and finished runner-up in the 2018 Dizzy Dean World Series’ 9U division.

Five of those players have been teammates since 2016 and look to continue the past success.