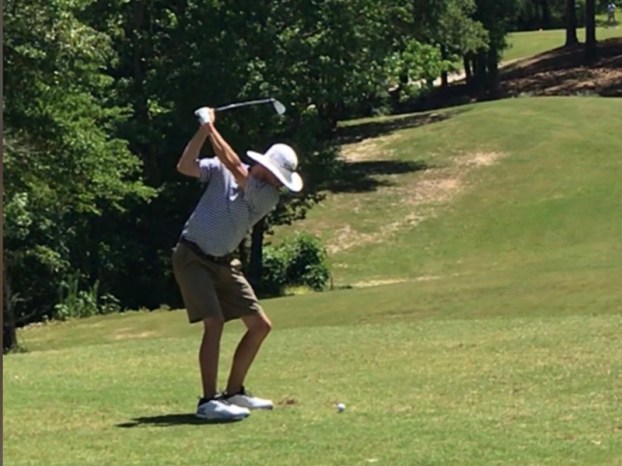 Hunter Smith of CCHS advanced to sub-state this past school year. He looks for even better results as a senior next year. (Contributed photo)

Hunter Smith is the next promising golfer to come out of Chilton County High School’s program.

He was among the golf talent from the county that came to the forefront during the state playoffs this year.

Joining Smith at sub-state was Gentry Scott of Jemison and Brandon Hight of Thorsby, who each finished among the top two in the individual portion of their respective sectionals.

It was the second-straight event that Smith shot 76, which was good enough for a first-place tie.

“I felt if I could hit the fairways everything would be good,” Smith said.

However, Smith went on to “under perform” by firing an 81 at sub-state in Mobile.

“I had a few stagnant shots that added up to about six strokes in the end,” Smith said.

According to Smith, he found it much harder to recover from mistakes against the ramped up competition at the sub-state level.

Despite not scoring as low as he would have hoped, he still enjoyed the first-time experience.

“I met some good people, and I look forward to going back next year,” Smith said. 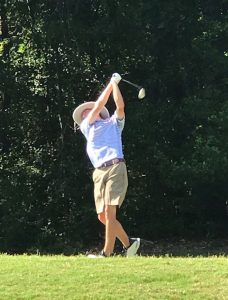 For a golfer, the swing is where their game starts and ends.

Smith has seen a drastic improvement in his swing since he began playing three years ago. He credits that for his success.

Distance off the tee has never been in doubt for Smith. His average drive hovers around 290 yards.

According to Smith, his driving average is the farthest on the team by 30 yards.

“I can beat anybody from tee to green,” Smith said.

However, it is his short game that he continues to work on. Consistency around the greens is sure to be a focus during his senior year.

Golf seems to be a natural fit for Smith, and it was only a matter of time before he was introduced to the game with his home backing up to the driving range owned by the Clanton Country Club.

“I got bored one day and just went out and started hitting some balls,” Smith said.

That is how he and the game of golf crossed paths.

Justin Rose is a professional golfer that Smith relates his swing to, with hopes to one day emulate it.

Both Smith and Scott should have opportunities to continue playing golf in college if that is a path they wish to pursue.

Dustin Green played baseball at Isabella, and now he gets to experience a different point of view after recently being... read more