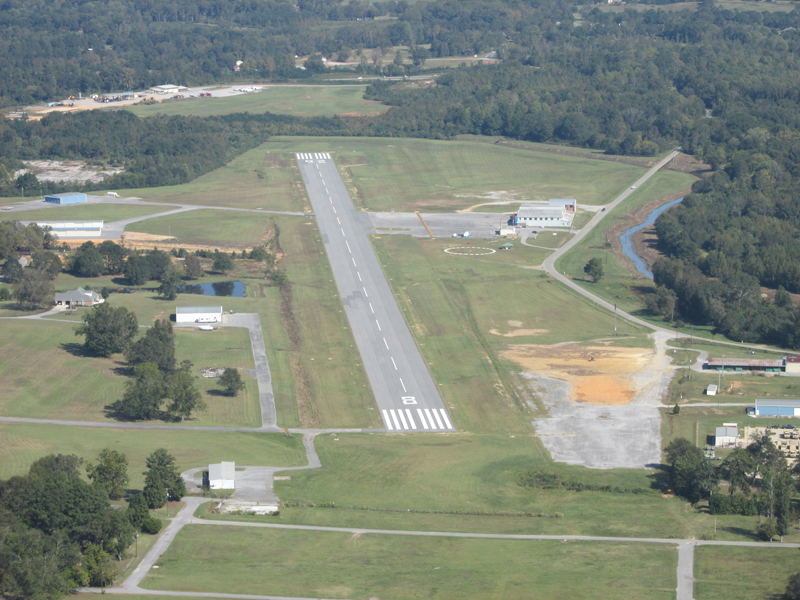 The Chilton County Airport is looking to extend its runway to 5,000 feet in order to accommodate a wider variety of aircraft. (File photo)

The Chilton County Airport is currently in the midst of a required five-year capital plan concerning its eventual runway extension project.

“Right now, the extension of the actual pavement would be in the 2021 grant cycle,” Chilton County Airport Authority board member Billy Singleton said. “We currently have the land to put that asphalt on the ground. The runway will not extend to Lay Dam Road.”

Although the runway extension is planned to be included in the 2021 grant cycle, it does not guarantee that it will be completed in that year.

The current airport length is 4,008 feet. The project will add an additional 1,000 feet.

“That just helps to protect an aircraft in the event that a situation arises where they would need to accelerate and stop,” Singleton said.

Most of the current aircraft using the airport can land but cannot take on fuel because it would then be too heavy to take off without the extra 1,000 feet.

The extension is a measure taken not just to accommodate larger planes, but also with their safety in mind.

Why is the airport’s runway expansion important to the county?

It comes down to the county’s future growth going hand-in-hand with airport development.

Recreational aviation is just a small part of the airport’s makeup.

According to Singleton, the airport is also used by law enforcement flights during search and rescue missions and is a frequent stop for Gov. Kay Ivey when she is flying in for something in the region.

The airport’s essential customer base covers a 500-mile radius, and it is a prime stop for any corporations looking to do business in the surrounding area.

As a result, the airport will be very important in supporting the expected future growth of Exit 212 with the arrival of the farm center.

Extending the runway has been a big discussion and has been on the table for several years now.

“We can’t accommodate most typical business aircrafts with our existing runway length,” Singleton said. “What that means is that they are going to go [land] somewhere else, whether that’s Prattville or Shelby County.”

Wherever the plane lands is also the community that will reap the benefits of money spent on food, fuel, etc. during their stay.

According to Singleton, since the Guntersville Airport extended its runway to 5,000 feet in 2016, they have quadrupled their jet fuel sales.

“If ours do that, we’re going to be at a level where we are self-sufficient,” Singleton said. “When that will be is all dependent on when we can get the project completed and can begin building up that customer base.”

The Federal Aviation Administration is aware of the value the runway expansion would bring and has invested roughly $10 million in the facility throughout the past decade.

According to Singleton, only five cents is paid for every dollar of grant money received.

“That is unlike any other grants,” Singleton said.

Normally grants dealing with road or infrastructure improvement include a match of 20% or higher.

“The support the county and city [of Clanton] having given the airport has been very important,” Singleton said. “To the point that the Alabama Department of Transportation has identified this as a priority project for them. They see the value in our location and our access to the interstate.”

Singleton believes the announcement of Clanton being the future site of the farm center will only help cement the airport as a priority.

Rep. Jimmy Martin passes away after battle with cancer